Home » Shipping News » Day Of The Seafarer Campaign (25th June): Why Not Consider A Career At Sea
TwitterFacebookGoogle+BufferLinkedIn

IMO is gearing up for the fifth edition of its annual Day of the Seafarer campaign (25th June) to celebrate the unsung heroes of shipping across the globe.

This year’s theme, A Career At Sea, aims to help address the predicted shortage of seafarers in the future by promoting and highlighting the positive benefits of choosing a career at sea.

In particular, the campaign will focus on encouraging young people to consider seafaring and other maritime professions when making choices concerning their careers or their further education.

The campaign will show that seafaring is a viable, attractive and exciting career option. IMO invites all aspiring and current seafarers, organizations, ship-owners, Governments, port-authorities and general supporters, across the world, to share their stories about life at sea and to be ambassadors for their own industry. 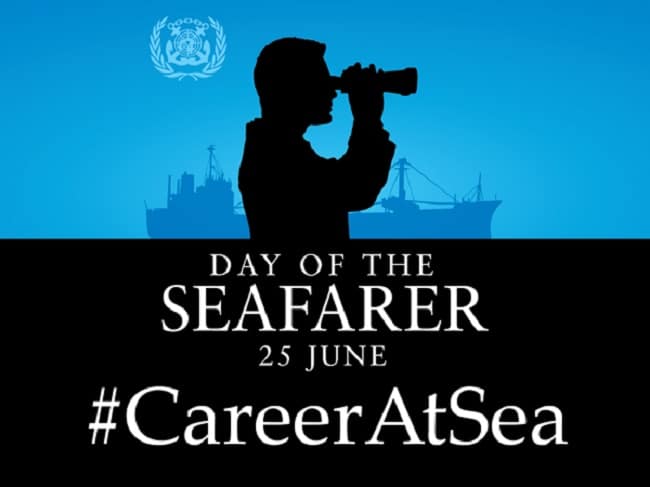 In order to engage with the Day of the Seafarer campaign, seafarers are invited to share their photos on IMO’s new “Photo Wall’, a webpage which invites people to upload photos of their time at sea.

The result will be a visually exciting page of montaged photos from around the globe (including seascapes, “selfies”, scenes of life on deck/in port etc…).

As in previous years, the use of social media is highly encouraged.

On Twitter, the campaign hashtag is #CareerAtSea, for sharing experiences of life at sea. For example:

• A short video animation highlighting the exciting possibilities of a career at sea;
• A video message from IMO Secretary-General Koji Sekimizu speaking from the Seaman’s Center at Intramuros, Manila, Philippines.