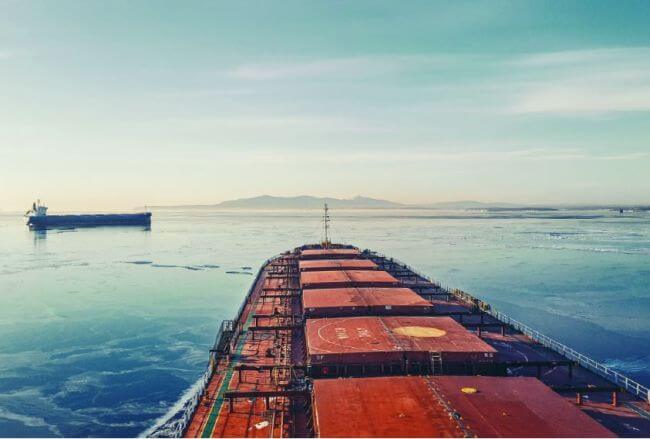 Since Danish Shipowners’ Association was established in 1884 it has gradually developed with the shipping industry. Today’s changes are part of this continuous transformation while paying respect to the long tradition of the Danish shipping industry.

“The change is part of our overall strategy to continue to develop as a modern business and employers’ organisation, which serves as the voice of Denmark’s largest export industry and a focal point for Danish shipping companies. Danish Shipping will continue with this important task in the future, and to improve our impact we have chosen to make our name more straightforward and clear,” says Claus V. Hemmingsen, Chairman of Danish Shipping and Group Vice CEO, A.P. Møller – Mærsk A/S.

The new logo is based on the international Morse code, which for many years was the globally approved, principal method for communication within global shipping. The juxtaposition of the two Morse letters in the logo – D and K – also evokes the image of the Danish flag. The logo thus combines solid Danish roots with an international outlook – two elements that characterises today’s shipping industry in Denmark.

The new visual identity gives the three organisations a unified appearance in its interaction with stakeholders.

The three distinct colours originate from the cartographic colours and represent the shipping industry’s different subsectors. The deep-ocean blue is found in Danish Shipping’s logo, and the light-blue represents the offshore sector and coastal traffic typically organised in the Danish Shipowners’ Association of 2010. The green colour bears references to the land areas of Denmark and its neighbouring countries, which are connected by ferries, and thus represents the Danish Ferry Association.

Høglund And DNV GL Join Forces To Improve Data Generation And Sharing In Industry
Want to share your tips and advice? Got questions? Visit the community forum to ask questions, get answers, meet people, and share your tips!