More than 3,770 migrants and refugees died in 2015 trying to reach Europe by crossing the Mediterranean Sea, making the year the deadliest on record for those seeking sanctuary from conflict and poverty, an international migration group said on Thursday.

Most of those deaths occurred along a perilous central Mediterranean route used by smugglers operating out of Libya, according to the International Organization for Migration (IOM).

The deadliest month was April, when nearly 1,250 migrants died, some 800 of whom were on board an overcrowded ship that capsized off the Libyan coast, the IOM said. Only 28 people on board survived and were taken to Italy, it said. 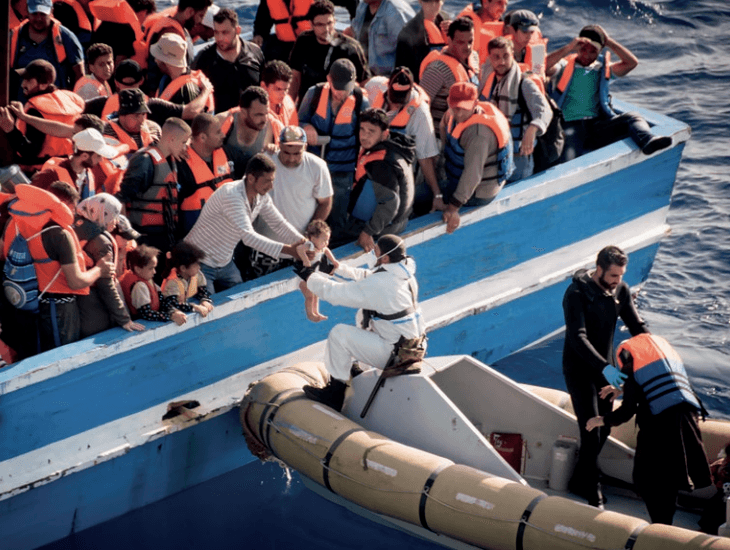 The record numbers of people dying in an effort to flee conflict and acute poverty are “shocking and inexcusable,” said IOM Director General William Lacy Swing in a statement.

“Throughout the year, we have been reminded that much of human mobility is not voluntary,” he said.

“Tragically we have seen so many who felt they had no option but to leave their beloved homelands and were lost at sea, in the deserts or trapped in the back of lorries they had hoped would carry them to a safer and better life.”

Europe is in the midst of its biggest migration crisis since World War Two, according to the United Nations.

The number of people forcibly displaced worldwide is likely to have surpassed 60 million this year, mainly driven by the war in Syria and other long-term conflicts, the U.N. has said.

A photograph of a 3-year-old Syrian boy who drowned trying to reach Greece with his family in September appeared around the world, prompting sympathy and outrage over the refugee crisis.

The IOM Missing Migrants Project uses a range of sources, including media reports and government data, to count deaths of migrants along the world’s migratory routes, a spokesman said.

This is the third year it has conducted such a count and, prior to its calculations, no systematic tally existed, he said.

The IOM said the Mediterranean was the most deadly region for migrants, followed by Southeast Asia, mostly the Bay of Bengal, Andaman Sea, Malaysia and Thailand, where at least 800 people died in 2015, it said.

In Mexico and along the U.S.-Mexico border, at least 330 deaths were recorded, it said.

Rescue Vessels Pulls Out About 450 Migrants From Boat Off Tunisia
Video: More Than 70 Migrants On a Rescue Ship Jump Into Sea in Frustration
ECSA & ETF Call EU To Coordinate For Solidary Solution Of Rescued Migrants On Board Maersk Etienne
Watch: Greece Coast Guards Rescue 96 Migrants From Sinking Yacht