Damen Shipyards Group’s range of Liquefied Gas Carriers is a response to the changes seen in the maritime LNG market in recent years. The Dutch company’s designs meet a variety of capacity requirements, from 500m3 to 7,500m3.

The maritime LNG market has long been faced with the conundrum around the subject of supply and demand. Ship owners have been reluctant to make the switch to LNG because of the lack of bunkering infrastructure. At the same time, development of bunker infrastructure has been slow to get off the ground due to the low demand from the market. This has been described on numerous occasions as ‘the chicken and egg’ situation. 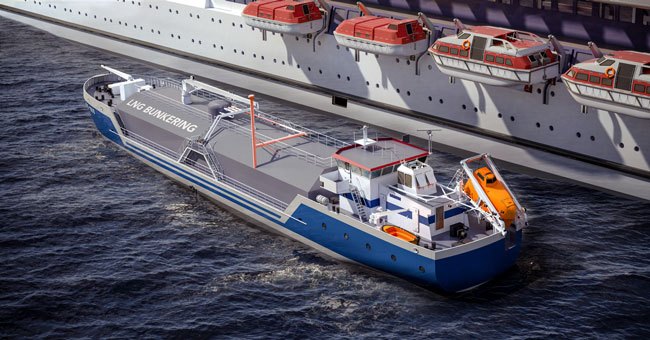 However, the outlook for the LNG market is changing, something that can be put down to a number of factors. Firstly, states Bastiaan Schurink, Damen Shipyards Bergum’s Design & Proposal Marketeer, there is a continued focus on tightening exhaust emissions.

“Emissions regulations are getting tighter every day. Ships need to reduce their emissions – and one way to do that is LNG.” Indeed, following the establishment of the emissions control areas (ECAs), ship owners are looking for solutions to meet new legislation. “Of course there are other ways, but LNG is a preferred method to reduce not only SOx and NOx, but also a substantial amount of CO2 emissions.”

“Another important point is that the subject of LNG is becoming more and more interesting: both commercially and politically,” highlights Mr Schurink. “There are a growing number of European LNG bunkering projects that have been initiated by well-known oil and gas majors. EU funding is also making its presence felt.” 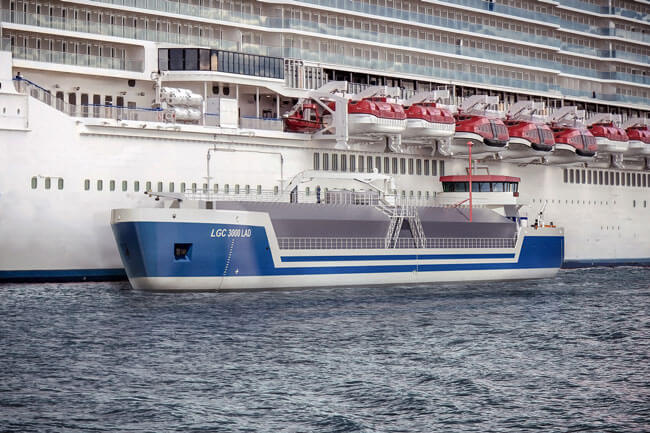 In response to these developments, Damen is promoting its range of Liquefied Gas Carriers. Richard Nugteren, Damen Product Director Cargo Vessels, explains: “These vessels will be capable of transporting all types of liquefied gases. LPG and VCM in addition to LNG, for example. They will also exhibit a wide range of cargo capacities; including 500, 1,500, 3,000, 5,000, 6,500 and 7,500 cubic metres.”

Damen’s Liquefied Gas Carrier designs draw on a number of tried and tested characteristics. “For example, they are designed with proven hull forms,” says Mr Nugteren. “Focused on efficient hydrodynamics, this results in minimal resistance during sailing which, in turn, minimises fuel consumption.”

Fitted out to the highest levels of comfort, accommodation areas can be designed to significantly reduce sound and vibration levels. 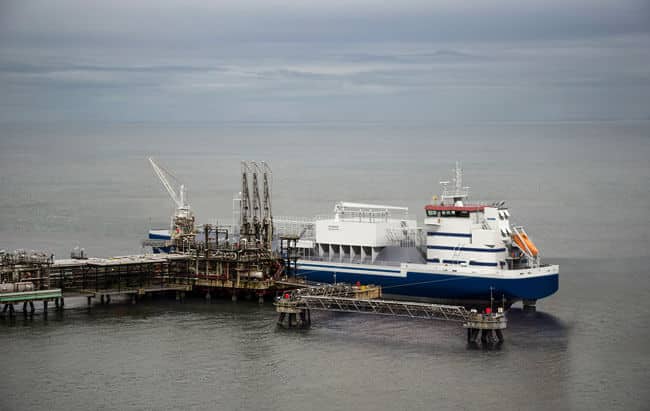 In terms of cargo, Damen’s designs use industry-recognised tank layouts provided by suppliers specialising in cryogenic gas handling systems and tanks. Vaporised LNG can also be used for propulsion or auxiliary engines.

“At the moment this is a small niche market – but it’s up and coming,” continues Mr Schurink. “The European market is getting the ball rolling, and we expect these developments to continue in other regions too.”

“For example, the North American market is paying more attention to emissions. And the feeder markets in Indonesia and the Mediterranean are also interesting. We have designs and the specs available. All in all, we are fully prepared to build these vessels.”