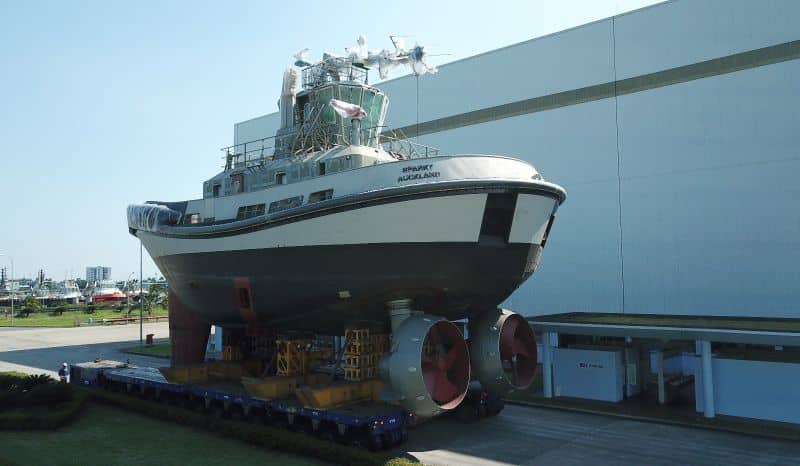 This involved the installation of some 2,240 batteries, totalling 2,784 kWh. With this, Sparky will carry out two or more berthing/unberthing operations with up to 70 tonnes bollard pull on a single charge. Following, it will take just two hours for the tug to recharge to its full capacity.

For redundancy purposes, the batteries are arranged in strings. If one battery in a string were to fail, the others would simply carry on the work. Ports of Auckland placed the order with Damen in August, 2019. The ports’ intention is to be fully zero emissions by 2040. To achieve this, they needed a zero emissions tug. 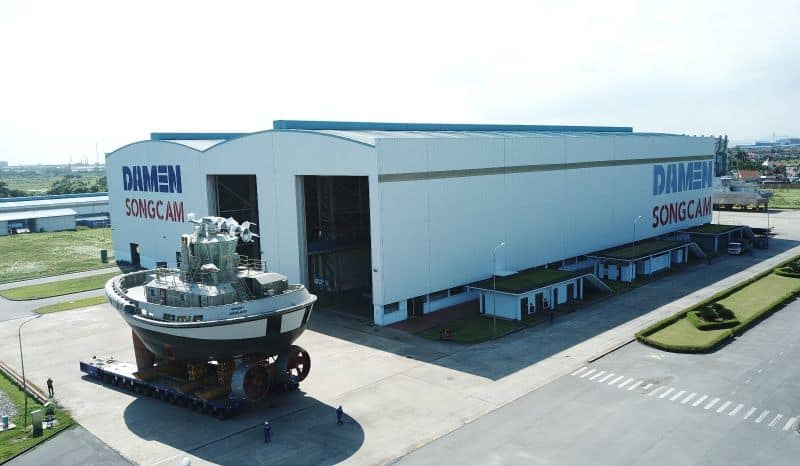 Work continues on Sparky and Damen anticipates delivery to be end of this year.

Damen, with its goal of becoming the world’s most sustainable shipbuilder, was keen to take on the challenge. The shipyards group already has extensive experience in the construction of fully electric vessels. Damen has delivered seven fully-electric Ferries 2306 E3 for the City of Copenhagen in Denmark, and a fully-electric Cutter Suction Dredger 650 for an Australian client. 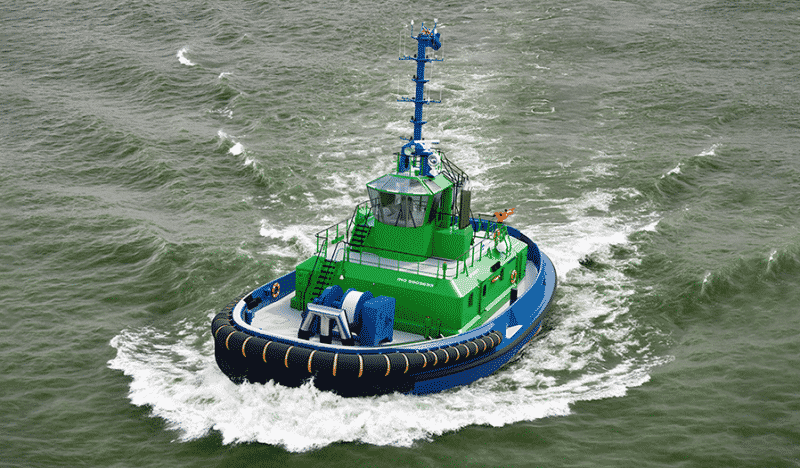 The E3 certification is Damen’s in-house developed sustainability accreditation for its vessels. It stands for environmentally friendly, efficient in operation and economically viable.

Damen’s strategy is to further develop its existing ship types into electric versions, drawing on proven solutions and combining them with innovation for increased efficiency and sustainability. In addition to the RSD Tug 2513, Damen is also able to electrify its ASD Tug 2813.