According to the survey, in which more than 350 individuals responded, more than a fifth reported that they had been the victim of an attack. In addition, 72% of these mentioning that their own company was a victim of a cyber related incident in the last 12 months. 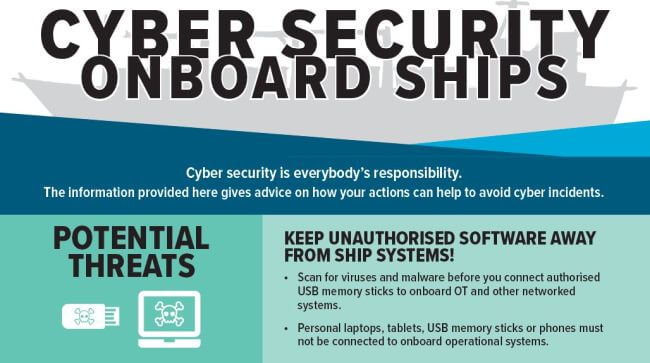 “The many cyber related attacks and incidents within the last 12 months indicates that there is still good reason for the industry to be better prepared in the future,” says BIMCO’s Head of Maritime Technology and Regulation, Aron Frank Sorensen and continues:

Another finding was that 49% of respondents reported service disruption as the result of the attack and the incident caused financial loss for 25% of respondents. In addition, only 16% had the breach covered by insurance while 84% did not have the attack covered.

BIMCO and Fairplay launched the annual survey for the third time in June with the aim to gather insight and greater awareness on how the industry prepares for and handles cyber attacks.

The survey showed that the Industry guidelines initiated by BIMCO on cyber security were the most widely used by respondents.

“That is very encouraging but it also pushes us to improve our guidelines, which we are preparing the third version of right now. The survey matters because it allows us to gather knowledge about cyber risks and attacks that would normally never be reported. We can use the result to further develop the cyber security guidelines and thereby help the industry to be more prepared and better protected in the future,” Aron Frank Sorensen said.