The Australian company Pacific Aluminium is directly responsible for chartering a vessel that does not have an ITF agreement, protecting its Seafarers most basic rights.

The Australian manned CSL Melbourne has been replaced by the Flag of Convenience (FOC) ship Skyfall, operated by Greek Company “Prime Bulk Ship Management” to carry domestic product between Gladstone and Newcastle. 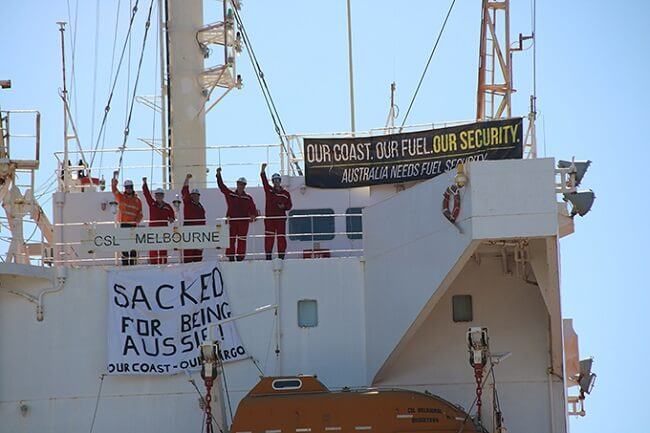 “Pacific Aluminium has made a conscious decision to charter a Liberian ship, who’s owner refuses to sign on to minimum international standards for Seafarers welfare, conditions and security.

“It’s highly unusual, irresponsible and provocative for this company to use an FOC ship that doesn’t even have an ITF agreement” Mr Summers said.

“The master of the ship has told me he is under specific direction from his Greek bosses in Prime Maritime not to give the ITF any information or cooperation.

“Its top secret how much the entire Filipino crew are getting paid and what their work conditions are. They are already some of the most vulnerable seafarers in the world who are now being forced into clandestine workplace relations simply to boost profits for Pacific Aluminum and at the cost of Australian jobs.”

Pacific Aluminum was granted a temporary license for 30 voyages from the Turnbull Government last month enabling it to replace them with cheap foreign labour.