One of the world’s largest container ships has been freed from a mud bank after running aground almost a week ago near Germany’s largest port of Hamburg, German authorities said on Tuesday.

The vessel CSCL Indian Ocean of Chinese company China Shipping Container Lines was pulled free by tugs early on Tuesday morning after fuel had been pumped out to make the ship lighter, Germany’s Central Command for Maritime Emergencies said. 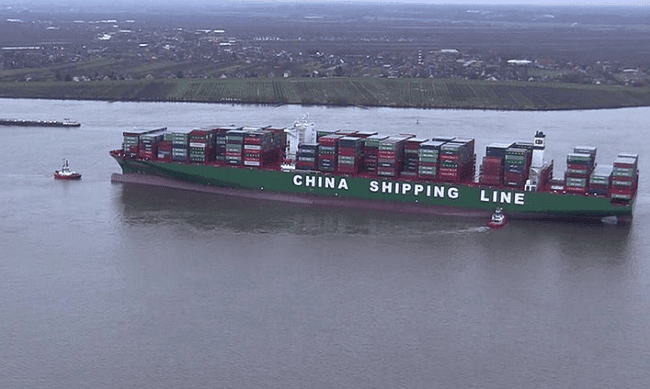 The ship, which can carry 19,100 standard twenty-foot cargo containers, has now been towed to the port of Hamburg and first investigations indicate the vessel is fully functional, the command said in a statement.