The Royal Caribbean cruise ship Anthem of the Seas headed back to its New Jersey port on Monday after a storm packing high winds and 30-foot (9-meter) waves toppled furniture and shattered glass on the vessel, slightly injuring four people.

The cruise company said the storm on Sunday off Cape Hatteras, North Carolina, was more severe than expected. Passengers posted pictures on social media of a collapsed ceiling and rooms in disarray and said they were told to remain in their cabins as the ship rocked for hours. 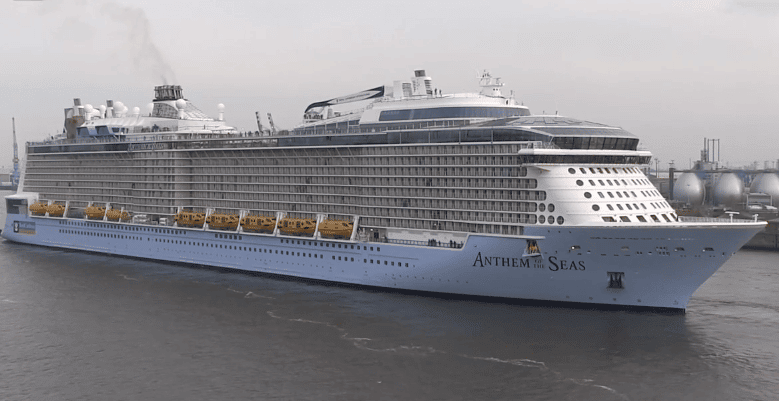 On Monday, a high-ranking member of the U.S. Senate Commerce Committee called for a federal investigation into the event, saying the crew should have known not to sail the ship into the “the heart of a hurricane-force storm.”

Sen. Bill Nelson, the top Democrat on the panel that oversees the National Transportation Safety Board, asked that the agency include Sunday’s event in its investigation into last year’s sinking of El Faro, a cargo ship that ran into a hurricane.

“I want the National (Transportation) Safety Board to come up with answers very quickly and make an admonition to mariners: when the storm is brewing you don’t go out of port,” Nelson said during remarks on the Senate floor.

There are about 4,500 guests and 1,600 crew on board for what was supposed to be a seven-night cruise that departed on Saturday, a Royal Caribbean spokeswoman said.

The company said in a statement that the ship’s operation was not affected, but concerns about further rough weather prompted the decision to return to Cape Liberty, New Jersey rather than continue on to Port Canaveral, Florida.

“We are also sensitive to the fact that our guests have already been through an uncomfortable ride,” the company said. “We are optimistic that they will have a smooth sail home.”

None of the reported injuries were severe, Royal Caribbean said. Passengers will receive a full refund and a discount on a future cruise.