Coming as a big blow to the Indian repatriation efforts, crew change in Sri Lanka got suspended in the wake of 29 Indian seafarers testing positive for COVID-19. This comes as a setback to shipping companies and manning agencies that used Colombo as a hub for a crew change.

A Mumbai-based ship manager arranged for the crew to reach Colombo.

A crew manager resorted to this saying, “This is really unfortunate. Crew changes through Colombo were getting traction.”

Previously, Marine Insight had reported how Colombo had authorized Indian seafarers to stay for five days for joining and seven days if they were leaving Colombo via a chartered flight, given the flights were finalized. 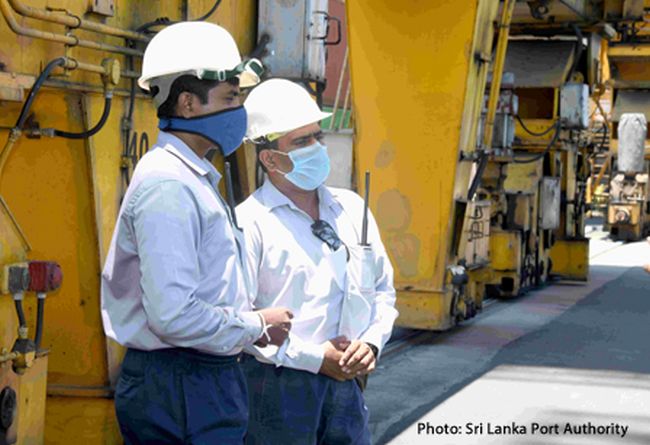 The case, however, seems to be a misunderstanding and manhandling of data. Things were running smoothly until the Sri Lankan government decided to give the testing contract to a private firm, which declared that the 29 seafarers were COVID positive. The second time the tests were done, it turned out to be negative. The seafarers we’re allowed to board their flights to Mumbai.

With an estimated 90% of the world trade relying on shipping, crew changes throughout the shipping industry, be it the container shipping market or oil tanker one, has proved to be an important issue during the pandemic. In spite of lockdown measures being relaxed throughout the world, the crew repatriation crisis will still take months to get normalized.