Singapore maritime administration’s discovery of tampered COVID-19 tests of seafarers that were to join vessels from the country has now raised alarms on all international shipping bodies. The news might now lead to a sever setback of crew change operations that were earlier considered at important shipping hubs.

The maritime port authority (MPA) recently reported an instance where a crew member joining the vessel was tested to be COVID-19 positive, suggesting that the crew’s home country may have botched the results of the tests or altered it.

In the past week, the country has also witnessed symptoms of a fresh batch of cases arriving, as crew members were tested having high temperatures. Similar incidents like these could harm the chances of future crew change activities taking place in the ports of Singapore, even if the agencies and the crew are in compliance with the protocols. 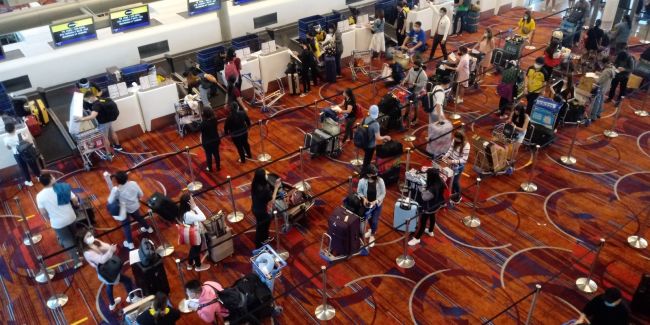 A representative from a local manning agency in the Philippines was said that the recent increase in cases among the arriving seafarers have led to stringent consequences by the MPA such as fining or banning ship managers/agents from crying out crew change. In recent times, a set of applications had been rejected even though the agent personally went to appeal to the authorities.

The Singapore Shipping Association had previously warned against tampered case results and non-compliance of health protocols prior to crew change rostering. This had occurred about 2 weeks ago when the MPA had discovered instances of altered results.

The International Chamber of Shipping (ICS) called it “irresponsible actions of a small minority that could lead to shutdown of crew change”. Over the past months, shipping companies, manning agencies and seafarers have been urged to take protocols seriously.

These include self-isolation of about 14 days for returning residents and following the processes as mentioned in health procedures. Singapore has also placed a bar on short term visitors.

The Philippines recently released a revised set of guidelines to ensure safe crew change by following the recommendations of the International Maritime Organization. The ports of Manila, Bataan and Orion are currently the only hubs allowing crew change as per the Department of Transportation (DOTr).