Noble Corporation plc reported its newbuild jackup rig, the Noble Lloyd Noble, sustained damage on February 28, 2016 following the collapse of a shipyard crane boom operating near the rig. The rig is in the late stages of construction at the Sembcorp Marine Jurong shipyard in Singapore.

Damage appears to be confined to one area of the rig, including damage to one of the rig’s cranes. The incident resulted in minor injuries to certain shipyard personnel. The Singapore Ministry of Manpower has commenced an investigation into the cause of the incident and access to the rig is limited during the initial phase of the investigation. 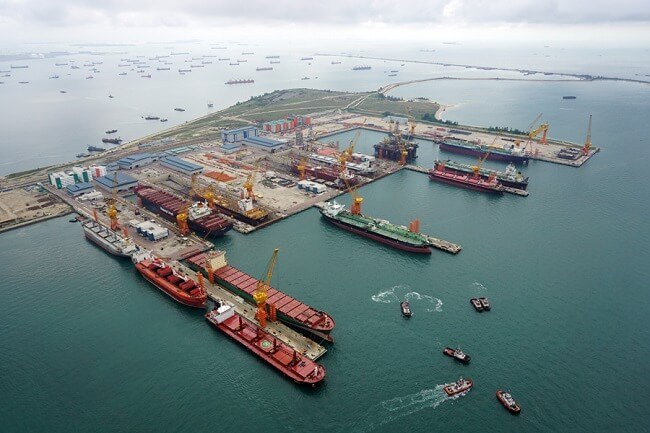 Construction on the Noble Lloyd Noble was expected to be completed during the second quarter of 2016. Following mobilization of the rig to the North Sea, the rig was expected to commence a four-year primary term contract with Statoil during the third quarter of 2016, with the contract stipulating a commencement date of no later than March 1, 2017. A thorough rig damage assessment is required before a revised schedule of delivery and contract commencement can be determined.

Noble is a leading offshore drilling contractor for the oil and gas industry. The Company owns and operates one of the most modern, versatile and technically advanced fleets in the offshore drilling industry. Noble performs, through its subsidiaries, contract drilling services with a fleet of 30 offshore drilling units, consisting of 16 semisubmersibles and drillships and 14 jackups, focused largely on ultra-deepwater and high-specification jackup drilling opportunities in both established and emerging regions worldwide. Noble is a public limited company registered in England and Wales with company number 08354954 and registered office at Devonshire House, 1 Mayfair Place, London, W1J 8AJ England. Additional information on Noble is available at www.noblecorp.com.

Statements regarding the extent of damage to the rig, the impact on the delivery date, commencement date, mobilization or otherwise on the client contract, as well as any other statements that are not historical facts in this release, are forward-looking statements that involve certain risks, uncertainties and assumptions. These include but are not limited to operating hazards and delays, risks associated with operations outside of the U.S., actions by regulatory authorities, customers and other third parties, legislation and regulations affecting drilling operations, compliance with regulatory requirements, factors affecting the level of activity in the oil and gas industry, supply and demand of drilling rigs, factors affecting the duration of contracts, the actual amount of downtime, factors that reduce applicable dayrates, violations of anti-corruption laws, hurricanes and other weather conditions, market conditions, the future price of oil and gas and other factors detailed in the Company’s most recent Form 10-K, Form 10-Q’s and other filings with the Securities and Exchange Commission. Should one or more of these risks or uncertainties materialize, or should underlying assumptions prove incorrect, actual results may vary materially from those indicated.

Environmental Ship Index To Also Evaluate CO2 Performance
Want to share your tips and advice? Got questions? Visit the community forum to ask questions, get answers, meet people, and share your tips!