The IMT 958 multi-role emergency response and rescue vessel (ERRV), which was christened in the Balenciaga Shipyard in Northern Spain, is the first of two F-class vessels in the group’s £110million investment which has seen 8 other vessels delivered to the company over the last two years. 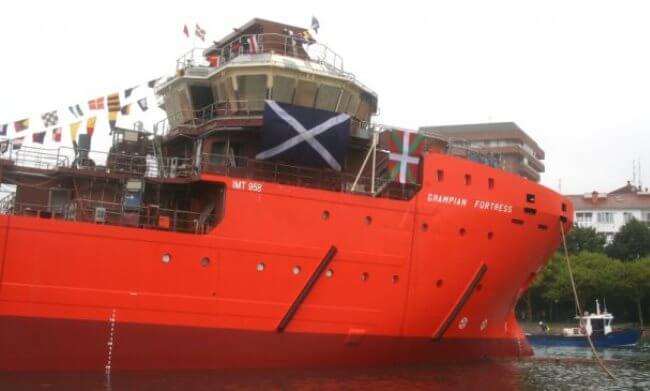 At 58 metres long, the Grampian Fortress features diesel electric propulsion via twin Azimuth Stern Drives. It is also equipped with daughter craft and fast rescue craft as well as being able to transfer and store limited deck cargo and provide offshore locations with fresh water and fuel if required.

The Grampian Fortress will be joined later in the year by the second F-Class ERRV, the Grampian Freedom. 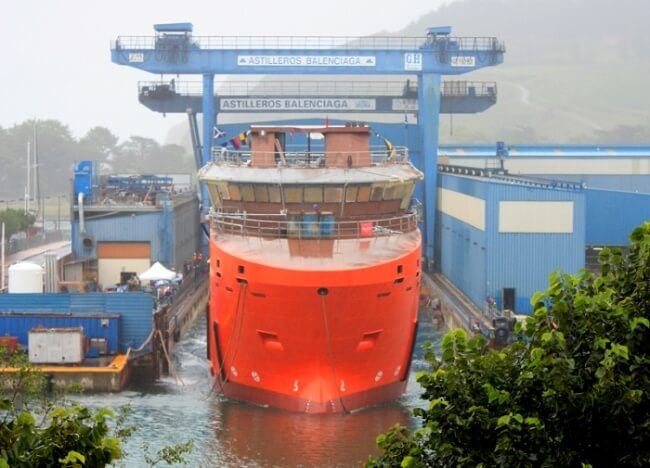 Douglas Craig, chairman and managing director of Craig Group, said: “We are pleased to launch our latest vessel, the Grampian Fortress. She signals the final steps in our most recent investment in the fleet which will conclude with the launch of the Grampian Freedom. The F-Class demonstrates our commitment to the industry where there is a demand for larger multi-role ERRVs.”