The efforts of the International Maritime Organisation (IMO) and the countries who had pledged for swift crew change-facilitation is yet to be realized fully as shipping companies are still facing hurdles in repatriating their crew members at sea, a lot of whom have extended their contract tenures set by the Maritime Labour Convention.

The 13 countries had joined hands to offer help to stranded seafarers and combat the “humanitarian crisis” at sea, as described by the UN. They include the UK, Singapore, United Arab Emirates, and the Philippines among others. However, the pledge seems to have been easier said than done, as shipping officials report that there hasn’t been many improvements in the maritime welfare front.

Ships owners say that the situation is complex as crew change involves several countries, which means that the ships have to go out of their way to reroute their vessels to other ports. Nigerian shipping company Wallenius Wilhemsen (WALWIL.OL) could only aid the crew change of 45 members out of 2000, after deviating 4 of its vessels. 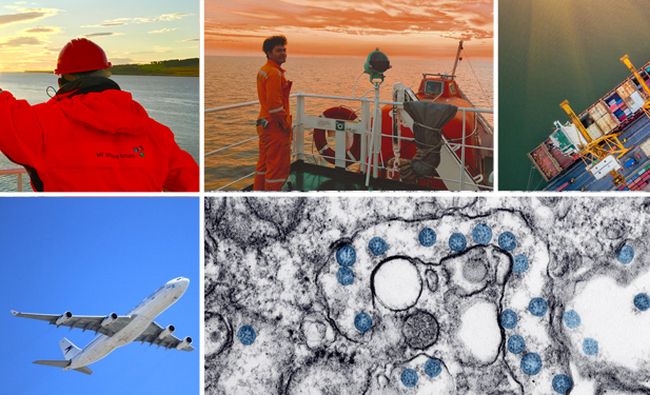 Similarly, another shipowner had to head to the Britsh territory of Gibraltar while it was supposed to operate in West Africa, just so the crew members could disembark sans the visa complications in EU countries. The diversion took around 13 days of sailing time.

“The challenge is often contradictory or conflicting regulations between countries, states, or even within a country”, said a spokesperson from WALWIL.OL.

Added to these are the issues of expired documents such as visas, passports, and medical, with narrow opportunities to renew them as there aren’t as many consulates around, courtesy the reduced working capacity following the pandemic.

The extraordinary lengths undertaken by the ships and crews to work around lockdown restrictions by countries have posed a problem to what used to be a routine crew change. There are currently about 250,000 stranded at sea while over half a million seafarers remain affected by the havoc caused by COVID-19. There is still a lot to be done.

Even With The Pandemic, Ship Recycling Industry Isn’t Getting Any Rest
Vaccination Lottery For The Dry Bulk Sector?

For Seafarers COVID Is Not Someone Else’s Problem: ITF Seafarers