After having been informed by the NGO Shipbreaking Platform and its member organisation Bellona that the TIDE CARRIER (now named HARRIER, aka EIDE CARRIER) had been sold for illegal, dirty and dangerous scrapping to a South Asian beaching facility, the Norwegian environmental authorities arrested the ship on Tuesday 5 April. The vessel is not allowed to leave Norway unless it is to sail to a ship recycling destination in line with international and European hazardous waste laws. According to the Norwegian Environment Agency, it is the first arrest of a vessel in Norway for the illegal export of hazardous waste.

The Platform had been informed already during the summer of 2015 that the ship was sold for scrap. Having been laid up for many years on the Norwegian west coast the Platform immediately contacted the Norwegian owners Eide Group to make them aware of the laws governing end-of-life ships and that exporting the vessel to a South Asian beaching yard would be in breach of the European Waste Shipment Regulation and the UN Basel Convention. Eide Group denied then that the vessel would be scrapped. 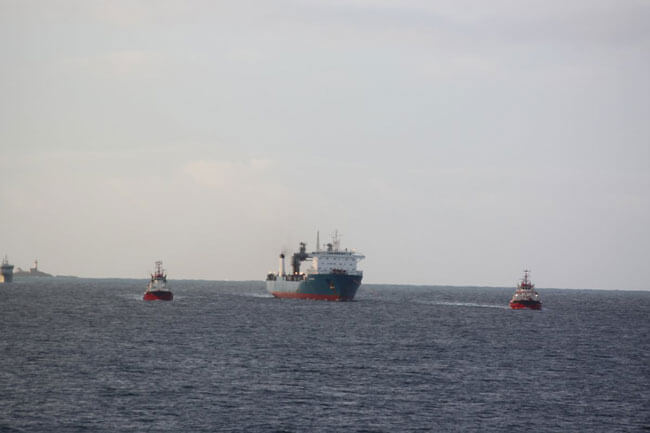 On 22 February 2017 the vessel attempted to leave Norway under a new name, flag and registered owner. Now called TIDE CARRIER, the ship had swapped its flag to that of Comoros and was registered under an anonymous St. Kitts and Nevis based post-box company, Julia Shipping – all solid indications that a cash buyer, a scrap dealer specialised in the trading of end-of-life ships to the South Asian beaching yards, was involved.

The TIDE CARRIER however ran into difficulties as the engine stopped working outside the Norwegian coast of Jaeren. The coastguards were forced to trigger a salvage operation, complicated by way of the weather conditions, to avoid the risk of oil spill and grounding close to one of the most renowned beaches in Norway. The rescue operation included the emergency evacuation of 5 crew members – one of which suffered from a broken shoulder – and the deployment of two tugboats to bring the ship to safety.

Norwegian authorities have since then been trying to trace the owner and insurer of the vessel, given that someone should be held accountable for the costs of the rescue operation incurred by the Norwegian state. While the authorities investigated the ownership and condition of the vessel, it remained docked in Gismarvik, Norway. 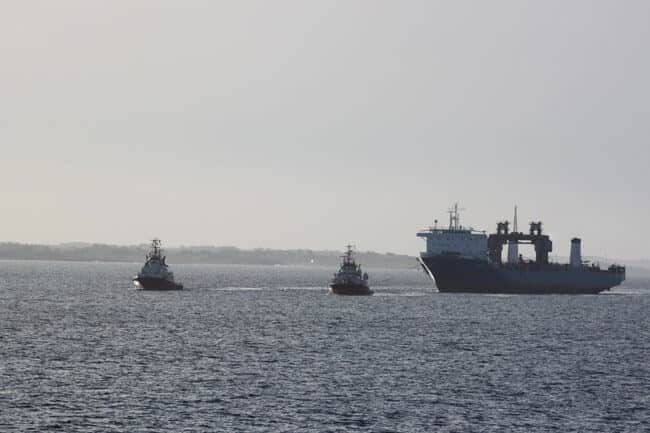 “We immediately informed Norwegian authorities that the ship was most likely sold for scrapping in South Asia and also that there were suspicions that the ship had been used to store hazardous sludge,” says Ingvild Jenssen, Director at the NGO Shipbreaking Platform.

On Monday 4 April the Environment Agency and the Police found evidence that the vessel was under a “break up voyage” insurance from Norway to Gadani, Pakistan. They also found unidentified and excessive amounts of sludge and fuel oils. The previous week, while the vessel was still in the dock, the TIDE CARRIER changed name to HARRIER and changed from Comoros to another popular end-of-life flag: Palau. Consequently, it became clear that the repair contract from Oman which had been provided to the Norwegian authorities as a way to escape checks for the illegal export of the vessel was false. Revelations of the attempt of the ship’s illegal export and subsequent breaking on the Gadani beach resulted in the arrest of the ship.

This is not the first time cash buyers seek to circumvent environmental protection laws by providing fake contracts of repair or further operational use. Recently the Norwegian owned CITY OF TOKYO was allowed to leave the port of Antwerp under the pretense of repair work in Dubai – instead it sailed directly to the infamous beaching yards in Bangladesh. The FPSO NORTH SEA PRODUCER was also illegally exported from the UK to Bangladesh under the pretense of further operational use in Nigeria. Cash buyer GMS used grey- and black listed Paris MoU flags and established anonymous post box companies in both cases.

“The cash buyers of TIDE CARRIER will not only have to pay back the Norwegian authorities for the rescue operation, but will also have to answer for the fake repair documents which were used to let it sail in the first place. Norwegian owner Eide will have to be held responsible for having sold to a cash buyer as this clearly indicates their complicity in the attempt to illegally export the ship and the potentially toxic excess sludges and fuels found on board,” says Ingvild Jenssen.