Beirut has opened up its container terminal at the port as container lines recommence calls to the city following the devastating blasts, last week. The terminal had not undergone severe damage and is hence, ready to open up.

The blast that resulted in large scale damage to Lebanon’s capital, Beirut killed almost 160 people while injuring about 6000. Container lines, during this time, diverted ships to Tripoli, a smaller port in Lebanon, to not cause hindrance to vital supply lines. Lebanon is hugely reliant on imports for its consumer goods, clothing and refrigerated food cargoes.

Two container ships were the first to berth at the port terminal on the 10th of August, 2020 as operations resumed. Hapag Llyod, a german container line’s first ship since the blast will dock on August 14, 2020. 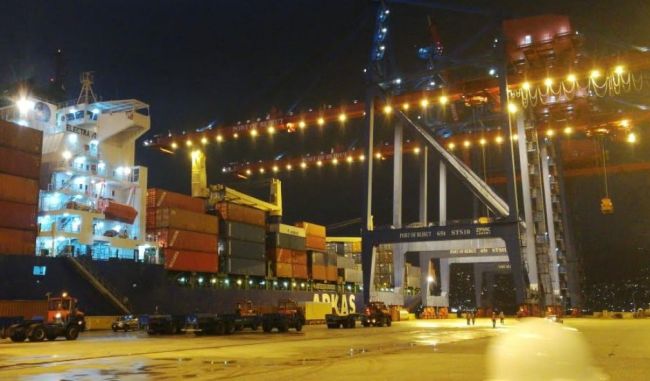 The company, alongside its operations, is also considering re-opening cargo acceptance to and from Beirut after careful assessment of the damage done to the existing containers at the port during the event.

Container ship Electra A, owned by Arkas, a Turkish operator too discharged and loaded containers and how now left for Iskenderun after sitting on anchorage for two days. No damages to full export containers have been reported, they said.

They also added that the east part of the port looked good and the speed of operations hadn’t been affected. However, the crew wasn’t allowed onshore. Empty containers weren’t loaded as the damage done to them hasn’t yet been examined

French container line CMA CGM too confirmed its resumption of operations as its first container vessel had been discharged on the port.

Firefighters and experts from France and Italy are currently foraging the port for containers with dangerous commodities in them. Flammable liquids, batteries and a leaking container have been found, that could cause devastations. Debris clean-up has begun to accommodate for smaller vessels.

Empty containers and the ones held at the inspection area have sustained damages. However, the full containers have been mostly safe since they were about 2000m away from the epicentre of the blast, said, captain Jamil Sayegh.

The aftermath of the deadly blast led to the entire government resigning, currently watching as ‘caretaker administration’ until a cabinet is formed.