After starting a new waterway container service between Dunkirk and Valenciennes in May this year, NORD PORTS SHUTTLE (NPS) is gearing up for a significant increase in its transport capacity on the Dunkirk to Dourges line. This initiative is a response to fast-growing demand: in June NPS again beat a monthly record for traffic to and from Dunkirk, with nearly 2,800 TEU. The LDCT terminal at Dourges is currently served by two barges carrying 78 and 88 TEU respectively, offering four rotations a week with a capacity of 330 TEU a week at import. 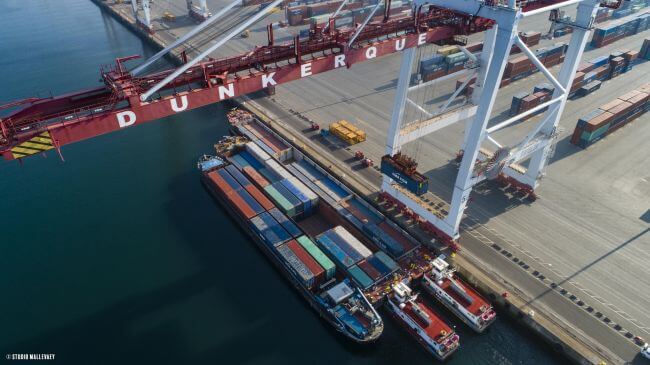 From 1 September onwards a third vessel with 88 TEU capacity will also ply this route, bringing the total capacity to more than 500 TEU at import and six calls a week, NPS President Ferenc Szilágyi commented: “With this third vessel, waterway transport from Dunkirk will enter another dimension. Since inland modes have been handled equally at Dunkirk, modal switchover has become a reality.”

Thomas Vernier, General Director of the Flanders Terminal, added: “The Dunkirk-Dourges waterway link means we can offer the shippers of this major logistics area a fast, fluid service that is perfectly synchronised with the main regular lines calling directly at the terminal.”

The development of waterway container transport is fully in line with the port of Dunkirk’s policy of encouraging decarbonised intra-regional transport systems and helping to decongest the motorway network.

Stéphane Raison, CEO of Dunkerque-Port, welcomed the news: “The continued growth of waterway container traffic at Dunkirk is the result of a regional partnership and of various steps taken in recent years, in full cooperation with all the operators of the sector. The introduction of the so-called “THC sharing” system at the Flanders Terminal is one of the clearest illustrations of this.”