MV OEL HIND, a foreign container vessel lost its balance while loading containers and tilted, on 23rd Aug 2020, at the port of Chittagong. Jetty no.11 at the port witnessed a slight tilting of the vessel after probably wobbled under the weight of loading empty and full containers.

Port sources say that the ship carried about 1280 containers and was scheduled to leave Chittagong on Sunday, with export items. Of these, 1150 were full and the remaining 105 were empty. The local shipping agent of the ship is GBX Logistics.

Enamul Karim, the Port Director said that containers were being unloaded to work around the issue of tilting. In most cases, loading and unloading are done carefully in the presence of ship captains and masters who arrange a careful balance between the full and empty containers. 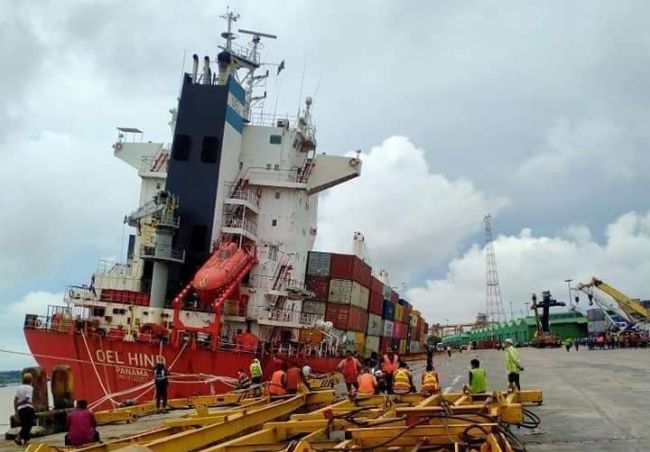 Authorities, in their efforts to restore balance, unloaded about 20 containers weighing 500 tonnes, but the vessel still hasn’t returned to its original state.

Omar Farooq, the secretary at Chittagong Port confirmed that the tilting of the ship at the jetty did not cause any accidents or injuries. The ship had reportedly tilted about 8-10 degrees. 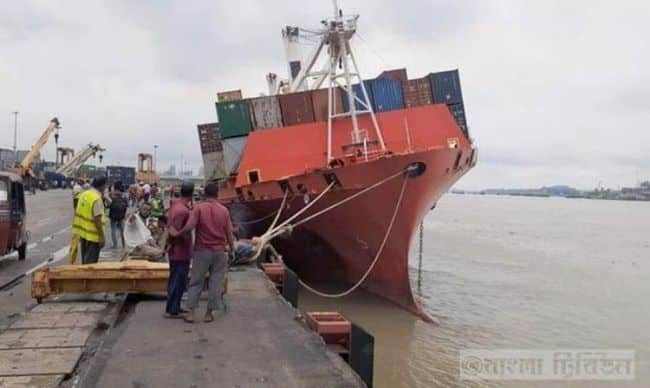 The departure of the Panama-flagged vessel is now cancelled by the Chittagong Port Authority (CPA) until it receives a fitness certificate from Independent surveyors. Experts are currently looking into the matter to determine the cause of the mishap.