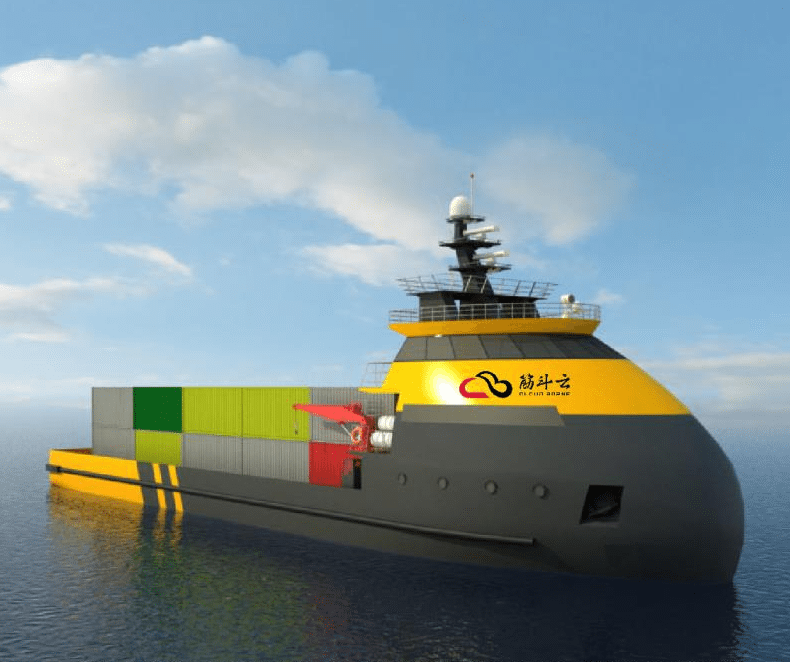 According to the Voice of China “Evening News Peak,” the first small unmanned vessel project in the world was launched at the Shanghai Maritime Exhibition just ended on December 8, 2017. The project, co-operated by China Classification Society, Zhuhai Municipal Government, Wuhan University of Technology and Yunzhou Smart Quartet, will simultaneously build the first unmanned marine testing ground in Asia. It is estimated that the first small UAV will be launched by the end of 2018 .

Without the wind and rain even without the need to hire crew, just sit in the unmanned shipping control center look at the screen, moving the keyboard, you can remote control of the cargo ships to and from, easy to complete maritime transport. CCS, Zhuhai Municipal Government, Wuhan University of Technology and Zhuhai Yunzhou Smart Co. recently signed a memorandum of cooperation to launch the world’s first small unmanned cargo ship project aimed at the next trillion-dollar unmanned shipping market.

The unmanned cargo ship named “Roudou cloud”, meaning by means of “cloud technology” to achieve intelligent autonomous operation. “Roudou cloud” hull length of 50 meters, the use of electric propulsion, battery life up to 500 nautical miles, mainly for inland shipping. At the same time, effectively solve the “pain point” of the island’s supply under bad weather. Sun Feng, vice president of China Classification Society, said: “The first ship from the beginning of the design has practical use, taking into account the actual use of the environment, not just put into trial but made it clear to be put into the actual business; the second In addition to the current boat to meet the current unmanned, unmanned control, intelligent control, the power system is a pure battery, which is the latest power technology, very forward-looking applications; the third is the communication and navigation system is our own Compass system, which is not available on all other projects. ”

However, whether the “Roudouyun” can hit the ground in the increasingly fierce unmanned cargo area will face many challenges. Sun Feng, vice president of China Classification Society, revealed that in the future, “Roudouyun” will be designed and built entirely in accordance with China’s unmanned cargo transport ship inspection norms and will not be involved in the shipping of the high seas. In a relatively closed-loop business area, small unmanned vessels will be more easily approved by the competent authorities to get the “permission to go”, “500 tons means that all the international conventions are currently adapted to the standards of 500 tons. The selection of 500 tons of barges also provides the corresponding basis for formulating the corresponding international standards in the future, which is also the significance of this vessel. ”