The first steel cut on May 9, 2017 marks the official start of the construction of Hapag-Lloyd Cruises’ first of two new-build expedition ships. At the VARD shipyard in Tulcea, Romania, Karl J. Pojer, CEO of the luxury cruise operator, gave the official start signal for the construction process of HANSEATIC nature. With the building of two, identical expedition ships, the company will expand its fleet and enhance its pioneering role in the expedition segment.

In an official ceremony, Roger Vassdal, Senior Vice President for VARD’s operations in Romania, handed over a symbolic steel silhouette of HANSEATIC nature to the Hapag-Lloyd Cruises’ board of directors. 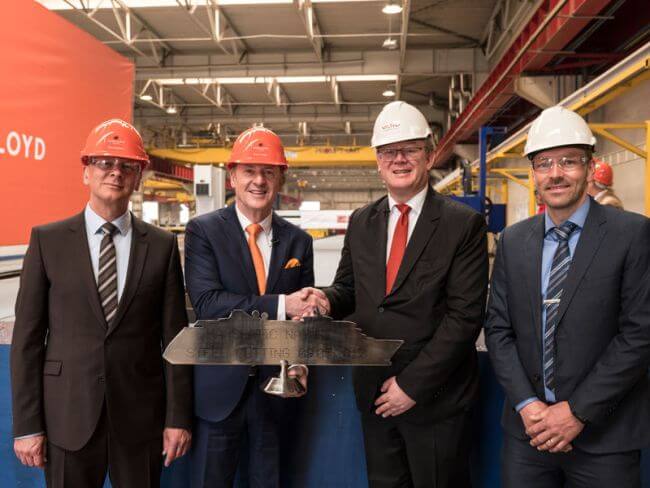 “After an intense planning stage, we are very pleased commence HANSEATIC nature’s construction process with the first steel cut. The segment of expedition cruises currently offers enormous potential and with two new additions to our fleet next to the very popular BREMEN, we are well positioned for the future” says Karl J. Pojer. The keel laying of HANSEATIC nature is scheduled for June 2017, the christening and maiden voyage for April 2019. The second ship, HANSEATIC inspiration, which will serve the international markets, will launch six month later in October 2019. 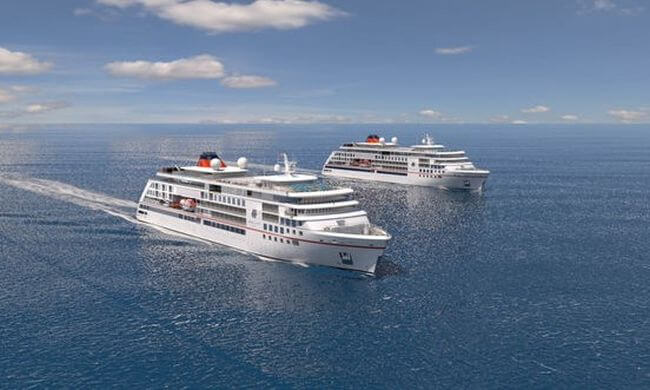 The new expedition ships, which will be positioned in the five-star-segment, are being built by Norwegian company VARD Group, which is a subsidiary of the Italian shipbuilding group Fincantieri. The ship hull will be constructed in the Romanian shipyard location of Tulcea and afterwards be towed to VARD Langsten in Norway, where the outfitting and the finishing of the interior will take place.

Both HANSEATIC nature and HANSEATIC inspiration will be fitted with cutting-edge equipment and environmental technology and will each accommodate up to 230 guests (or up to 199 guests on Antarctica cruises). PC6, the highest ice class for passenger ships, makes it possible to conduct expeditions far into Polar waters, with tropical destinations such as the South Seas and the Amazon. Sixteen on-board Zodiacs and E-Zodiacs with eco-friendly electric drive systems allow for landings in remote expedition areas, regardless of the vicinity to a port.