On Wednesday 18 October, the Panama Maritime Authority (AMP) held a kick-off ceremony for the construction of the new Amador Cruise Port. A complete new cruise terminal at the Pacific Side of Panama will be built over the next 18 months.

The design and construction of the Amador cruise terminal, at Perico Island, was formally awarded by the AMP to the consortium Cruceros del Pacifico, integrated by Jan De Nul Panama SA and China Harbour Engineering Company. This new cruise terminal will have two docks in which two cruise ships with a capacity of up to five thousand passengers each (Oasis class) can berth simultaneously. 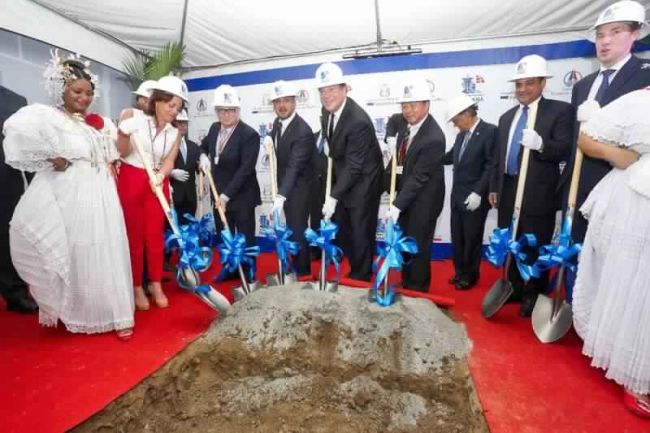 “This infrastructure project is key to boost Panama’s economic development,” Juan Carlos Varela, President of the Republic of Panama, said. “It will generate a thousand direct jobs and 1,800 indirect jobs during its construction phase, as well as permanent employees for the operation of the terminal. All this will have a positive impact on the Panamanian economy and on the homes of each of those workers who will be part of this great work.”

As a member of the consortium Cruceros del Pacifico, Jan De Nul Panama SA will take care of all dredging and land reclamation works as required for the construction and operation of the terminal. This includes dredging the berth pocket, turning basin and access channel with a Backhoe Dredger and Trailing Suction Hopper Dredger. A Trailing Suction Hopper Dredger will also be deployed to dredge and transport sand from a borrow area and reclaim an area of 8.3 hectares for the construction of all land based facilities.