Despite the months that have passed since entry into force of the Ballast Water Management Convention (BWC) last September, the shipping industry is still grappling with the impact of the regulations and the array of available technologies. According to a recent report by Hexa Research, the Ballast Water Management Systems (BWMS) market is expected to reach $117 billion by 2025. In order to protect their investment, it is critical that shipowners and operators have assurances that this significant capital expenditure has been allocated wisely.

Since the implementation of the regulation, it has become clear that crews are struggling to ensure compliance, risking potentially significant fines and reputational damage, as well as the negative impact on the environment through the spread of invasive aquatic species. A large number of BWMS have been type approved in accordance with either IMO or USCG requirements, however, it is estimated that up to 60% of those installed are not being operated correctly. The USCG recently noted in its Port State Control Annual Report that the number of BWM deficiencies doubled in 2017 compared to 2016, on broadly the same number of inspections. 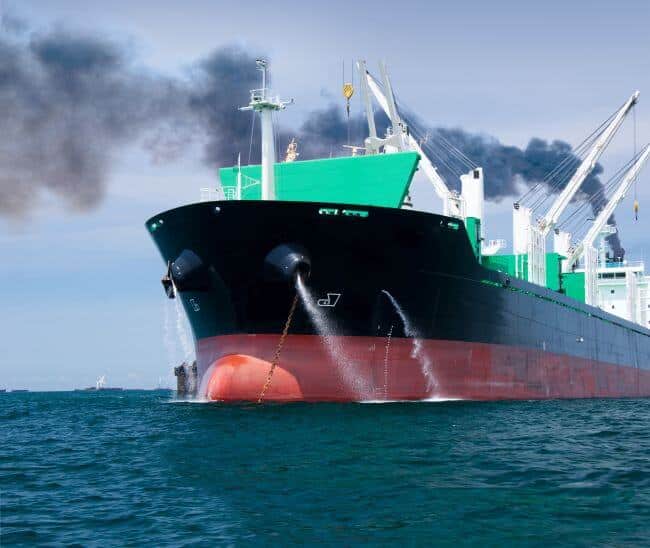 Logs and records accounted for the highest number of deficiencies, along with alternative management methods, mandatory practices, BWM plans and the discharge of untreated ballast water. The USCG noted a lack of familiarity among crews regarding the strategy and operation of a BWMS, as well as confusion around maintenance practices and procedures. All of this creates a significant risk of non-compliance, even if the shipowner has installed a type-approved BWMS.

A further complication creating risk for shipowners is the lack of an agreed IMO regulation or ISO standard for the accurate shipboard testing and analysis of ballast water. While ISO 11711-1:2013 provides guidance on the materials, design, and installation of equipment used to take samples of treated ballast water from the discharge pipe onboard a vessel, it does not yet include a standard on how to perform the representative sampling and analysis of ballast water.

Inaccurate testing and false readings could lead to delays with port state control and potentially significant fines, risking reputational damage, as well as the impact of non-compliant discharges on the environment. Indeed the USCG advises in its report that operational control restrictions had been imposed on 17 vessels due to the severity of deficiencies.

Having a robust and consistent standard in place eliminates ambiguity and provides assurance that compliance can be proven based on trusted and accurate data.A regulatory standard that has been developed and agreed by leading experts will provide shipboard personnel, as well as port and flag state officials, with an agreed and robust standard for verifying whether the BWMS is working as intended.

Chelsea Technologies Group (CTG) is working closely with regulators including the IMO and port authorities as a trusted and workable international standard is developed for ballast water sampling and analysis, one that is based on a proven methodology for representative sampling and analysis of ballast water. The company has already initiated discussions with accreditation authorities and is undergoing a process of third-party protocol testing.

Unlike detailed analysis methods where samples need to be assessed in laboratories by specialists in water microbiology, testing with CTG’s FastBallast compliance monitor can be carried out by any crew member at any stage during the ballast water discharge operation, producing results in under 10 minutes. Uniquely, CTG’s FastBallast compliance monitor is the only systems to pair the most sensitive technical components with a statistical method to generate a cell density that is truly comparable with laboratory analysis across all species and water types. This approach allows a measurement to be taken independent of an assumed cell size, in order to achieve the most accurate and precise readings to provide operators and port authorities with the highest level of confidence in compliance. It is the only technology capable of operating in a flow-through mode while providing a high degree of accuracy with a representative report on discharge compliance. 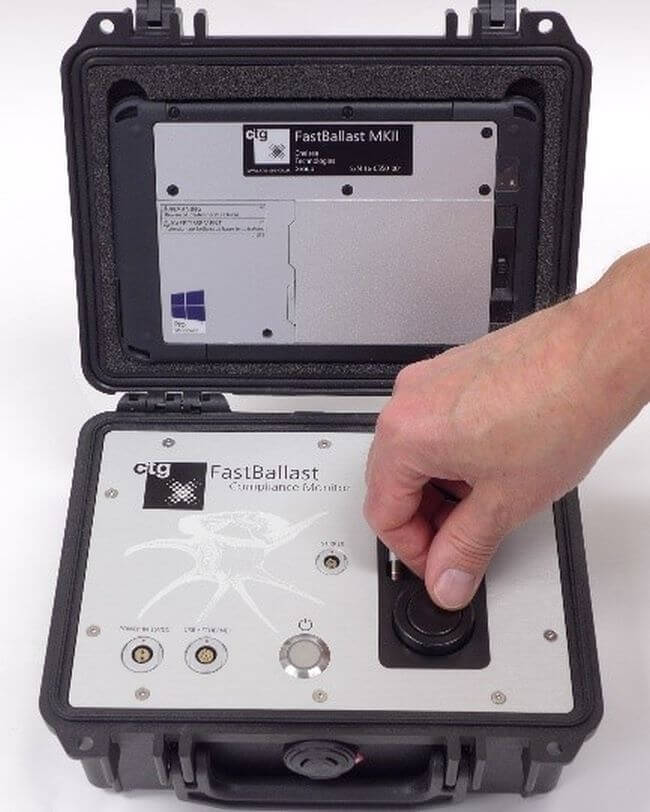 FastBallast uses the single-turnover method, rather than the PAM multiple-turnover method, which provides a much lower detection limit (< 1 cell per mL) as the 20ml sample size avoids sampling problems at low cell densities. It is capable of determining the phytoplankton cell density of ballast water to IMO D2 & USCG Discharge Standards (10 to 50 µm range), with an equal degree of confidence as laboratory analysis.

FastBallast was identified by Saudi Aramco’s in-house marine biology experts as the most accurate solution in the market for the sampling and testing of ballast water and is being used to conduct spot checks undertaken by third-party sampling companies. Since August 2017 Saudi Arabia has been conducting ballast water monitoring on vessels to ensure compliance. Sampling data were obtained from more than 500 vessels by Global Strategic Alliance (GSA) using CTG’s FastBallast monitoring system, with a pass rate of 90% reported for vessels using the D2 standard.

CTG’s FastBallast is setting the gold standard for effective enforcement of the BWMC and will help dramatically reduce the impact of invasive species worldwide. As well as its established presence in Saudi Arabia, CTG is in discussion with leading port authorities worldwide, and work is underway on third-party protocol testing to help drive industry change in developing portable ballast water testing standards.

As the number of ballast water treatment systems on the market nears 100 with a wide array of treatment solutions, there will be an increasing number of vessels equipped with BWM systems and an acceleration in the spread of compliance monitoring. To eliminate the risk of any ambiguity over results, potential fines, delays and reputational damage, it is vital that ballast water sampling and analysis is conducted using a proven methodology and is measured to a consistent industry standard. Failure to deliver this standard will risk undermining the spirit of the BWM Convention.