The Stena Important was delivered today, 15 October, from the Chinese shipyard GSI (Guangzhou Shipbuilding International) in Guangzhou. The vessel, which is a 50,000 dwt IMOIIMAX MR tanker, is part of a series of ten vessels, two of which are owned by Concordia Maritime.

This chemical and product tanker is logistically very flexible and can transport both oil and petroleum products as well as vegetable oils and chemicals.

The Stena Important will arrive at a port in Europe for discharge at the beginning of December and then the naming ceremony is planned to take place as well. 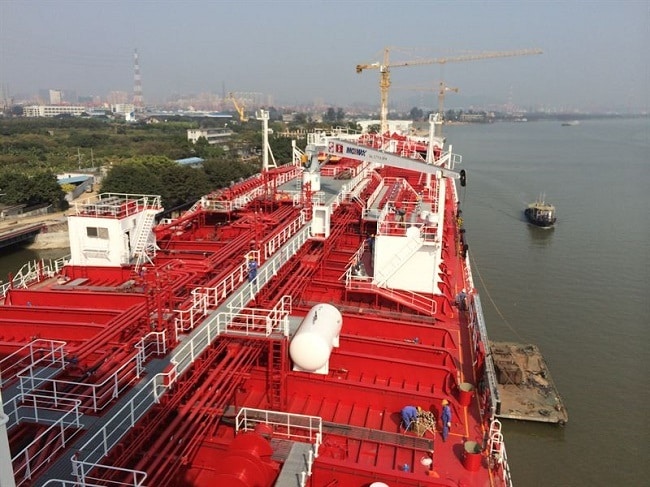 “We are very happy to take delivery of the Stena Important, which represents the next generation of chemical and product tankers. Our first vessel in this series, the Stena Image, has been deployed in Stena Weco’s global logistics systems since April, this year, and is already performing beyond our expectations. The IMOIIMAX tankers are a positive continuation of our investment for the future and are setting a new standard for both cargo efficiency and bunkers consumption. We regard the vessels as an important step in the long-term expansion and development of our fleet”, says Kim Ullman, CEO of Concordia Maritime.

Stena Teknik together with the shipyard GSI have been responsible for the development of the technical part of the IMOIIMAX concept and the order was placed in 2012 by Stena Bulk. The first tanker, the Stena Impression, was named at the beginning of February, this year, in Singapore. The Stena Image and the Stena Imperial have also been delivered this year. The last of the remaining six tankers will be delivered in 2017. All ten IMOIIMAX tankers will sail in Stena Weco’s global logistics systems, which now will employ more than 60 vessels.