You are here: Home › Shipping News › Companies Join Forces To Fight Against Illegal Weapons Sharing In The Indian Ocean
TwitterFacebookLinkedInPinterestBuffer

Working together, ASKET and PCA Maritime have developed a process that provides much greater certainty that a PMSC is using only weapons licenced to that company, with appropriate EUCs in place, thus ensuring compliance and eradicating liability for the ship operator and flag State. 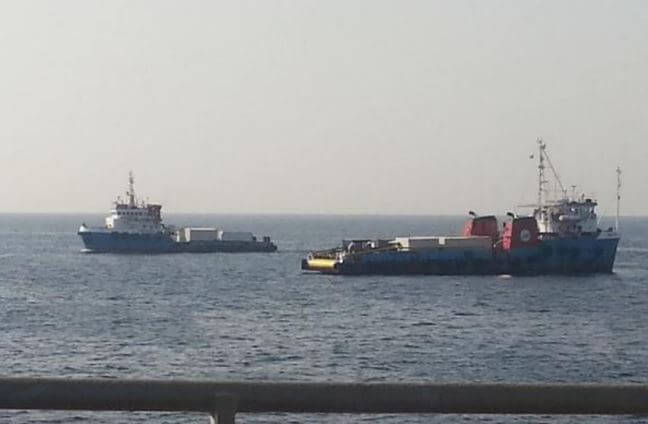 The ASKET and PCA Maritime procedure allows flag States to ensure the validity of the a PMSCs EUCs prior to contractual agreement via our newly developed database.

Weapons Monitoring and Equipment Checking has been a standard service to our shipping clients since ASKET first began to broker transits in 2013, during this time we have uncovered various illegal practices including Weapons Sharing and Renting, and breaking of UN Sanctions, for example a case in Sudan which would put the vessel owners at risk of and likely invalidate insurances.

A UK Company was also removed from our approved providers list as they were knowingly taking UK Licenced weapons into Sudan which is a UN Embargoed country, this practice saved them money as they should have disembarked and reembarked in the Red Sea before the vessel entered port. putting the vessel at risk of detention and likely invalidating the insurances.

Through the improved secure data base the ASKET Compliance team in cooperation with PCA Maritime not only monitors Weapons and Equipment movements on a transit by transit basis, but also provides oversight on other issues such as Floating Armouries usage, equipment suitability and the competency of individual PCASP. 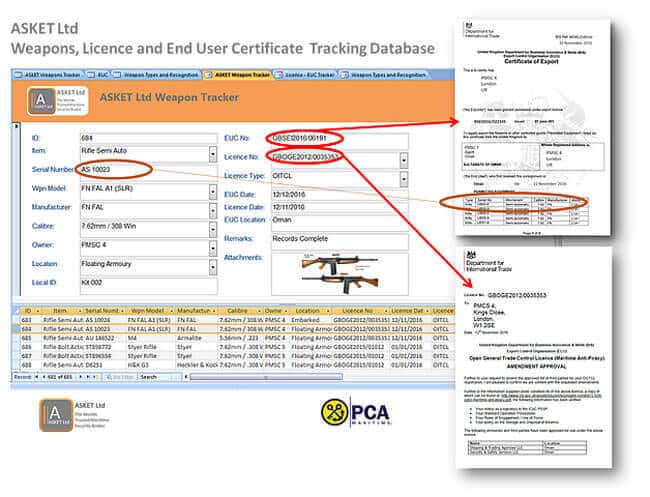 “ship’s flag state needs to see the EUC and verify its authenticity prior to issuing letters of authority (to allow the ship to have the weapons on board). Owners should be aware that this is a legal obligation on flag states and that they should be sighting and verifying EUCs as a matter of routine. The consequences for owners whose flag state fails to verify the authenticity of firearms EUCs before issuing letters of authority could mean significant delays to the ship or even detentions.”

11 Not-So-Known Facts about the Indian Ocean

Dangerous Ocean Waters Ships Should be Afraid of