A Coast Guard Hearing Officer assessed a $9,500 civil penalty, Dec. 27 2016, to a Washington resident for interfering with the safe operation of the Washington State Ferry (WSF) Tokitae by shining a high-powered blue laser at the vessel on October 22, 2015.

Mark Raden of Freeland was aboard the WSF Kitsap transiting between Mukilteo and Clinton when he pointed the laser at the Tokitae, striking the vessel’s master and chief mate in the eyes and endangering the 106 passengers on board. 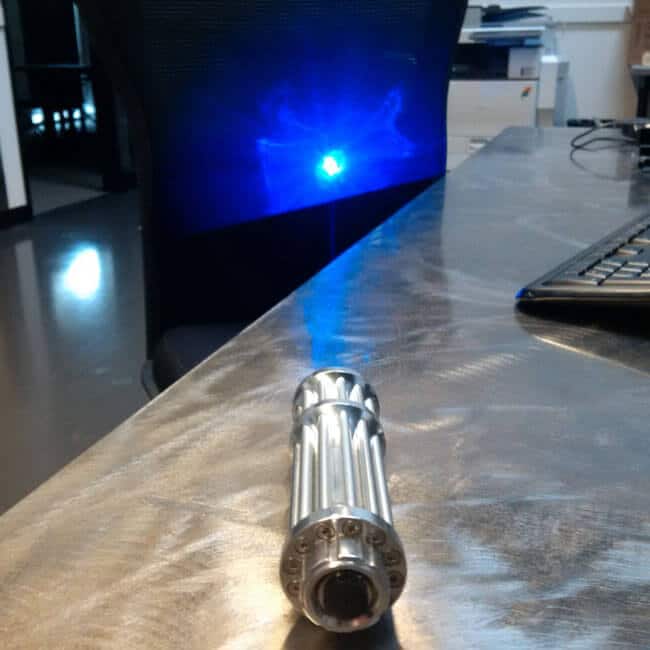 Raden, who has a history of lasering incidents, also pled guilty to reckless endangerment in Island County Superior Court for his conduct and was ordered to serve 15 days in jail, perform 240 hours of community service, and pay $3,740.89 in restitution to the master and chief mate. He will also serve 24 months of probation.

“Interfering with the safe operation of a vessel, particularly a large passenger vessel, endangers all of those on board and can also result in significant environmental impacts, said Cmdr. Darwin Jensen, Coast Guard Sector Puget Sound chief of prevention. “This one person’s irresponsible actions could have had a much more tragic outcome for the passengers of the Tokitae as the vessel was preparing to arrive in Clinton. The Coast Guard will pursue appropriate criminal or civil enforcement actions against anyone who interferes with the safe operation of vessels.”