The unprecedented and devastating effects of the pandemic continue to harm the travel and tourism sector as another cruise line shuts down business after failing to find emergency funding.

The UK based Cruise & Maritime Voyages announced that it had “ceased trading with immediate effect”. This decision has followed its previous announcement saying that CMV hoped to secure finances with its investor VGO Capital management, which probably did not occur, making it the third cruise line to have been impacted in less than a month.

CMV’s downfall comes after Sweden-based Birka Cruises and Spain-based Pullmantur Cruises too shut down due to financial pressures. The latter, partly owned by the Roya Caribbean Group had recently filed reorganization under insolvency laws. 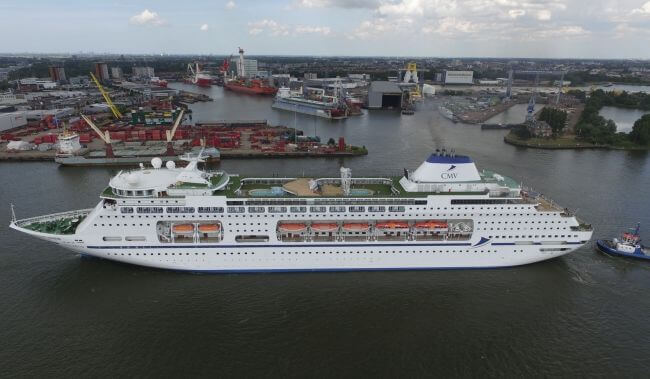 The British cruise operator has 6 ships in its fold, 5 of which had been detained by the UK Maritime and Coastguard Agency (MCA) in mid-June on the grounds that it found invalid Seafarers Employments agreements, late payment of wages and breach of contracts of onboard seafarers for over 12 months.

The stranded crew members had been stranded for quite a while owing to travel restrictions until the International Transport workers federations (ITF) sought to assist approximately 1500 crew members from several nationalities.

It is unclear about what is to happen to the 2 new vessels that were to be secured in the coming year in a transfer from P&O Cruises, Australia (owned by Carnival Corporation).

A notice posted on the CMV website reads: “We are sorry to inform you that South Quay Travel Limited (“SQTL”) – which traded under the name Cruise & Maritime Voyages – was placed into administration on 20 July 2020. Paul Williams, Phil Dakin, and Edward Bines of Duff & Phelps Ltd. were appointed Joint Administrators of SQTL. At present, the Administrators are evaluating SQTL’s financial position.”

It has also closed its international offices in Australia, The US, France, and TransOcean Tours in Germany. The administrators Duff and Phelps have also said that this action was likely to result in the redundancy of the UK employees and an uncertain future to the other employees in the circle. All ships are currently laid up in the UK.