Like market leader Maersk Line, the family-owned firm has been trying to ride out overcapacity and low freight rates by using larger, more efficient ships coupled with vessel-sharing alliances.

CMA CGM was finalising the order of three vessels, each with a capacity for 20,600 20-foot containers, from South Korea’s Hanjin Heavy Industries & Construction Co to deploy on its main Asia-North Europe route from the third quarter of 2017, Vice President Rodolphe Saade told reporters.

He declined to disclose financial details but said the ships, CMA CGM’s biggest ever, would be wholly-owned. 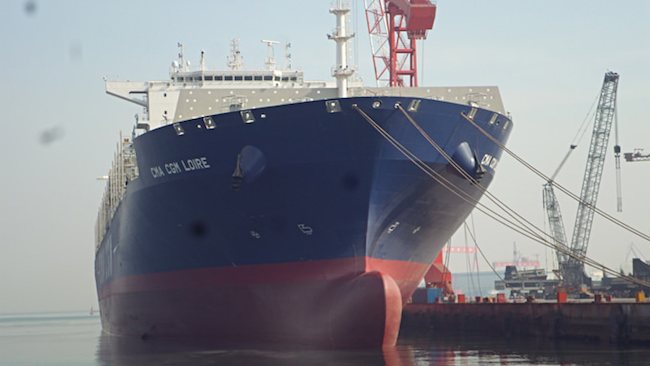 “Currently, our (Asia-North Europe) fleet is equipped with heterogeneous vessels and with these three ships we will have a more standard size for the fleet,” he said on a conference call.

Greater efficiency, supported by new vessels and alliances, helped the group lower its unit costs by 4 percent last year, Saade said, stressing that lower fuel prices only accounted for one third of the cost reduction.

The group recorded an 8.1 percent rise in volumes last year, outperforming market growth of about 5 percent and supporting recording sales of $16.7 billion, he said.

CMA CGM expected to continue to outperform global market volume growth that should stay at 5 percent this year, he said, adding the group could beat its own performance from 2014.

“We expect 2015, if the current trend continues, should be better than 2014 both in terms of profits and volumes.”

The group will also take delivery of 16 new vessels this year and a further 11 in 2016 before the arrival of the three giant ships, Saade said.

The group is also looking to benefit from the planned expansion of the Panama Canal and intends to use a container port in the Jamaican capital Kingston as a regional hub.

CMA CGM will next week sign an agreement with the Jamaican authorities after recently winning a 30-year concession to operate the port on the Caribbean Island, Saade said.