The CMA CGM Group has undertaken a number of strategic moves in recent months, including the acquisition of CEVA Logistics and regional short-sea players such as Mercosul and Containerships and the modernization of its fleet.

To adapt to the changing market, the Group is now taking a new step in its transformation by consolidating its development and implementing an ambitious cost reduction program. 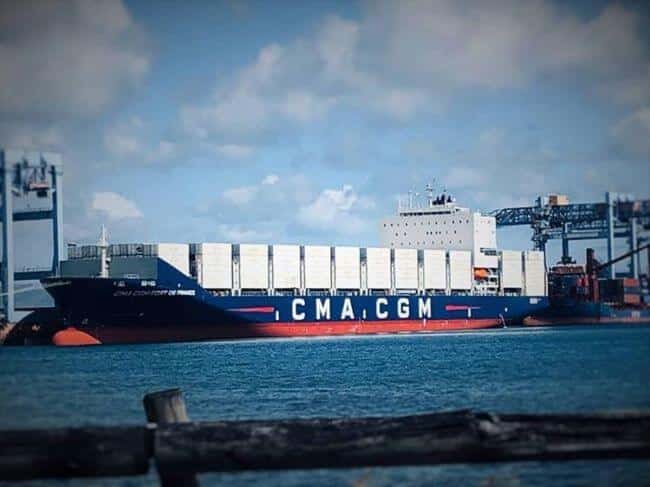 Rodolphe Saadé, Chairman and Chief Executive Officer of the CMA CGM Group, was elected Chairman of the Board of Directors of CEVA Logistics at the Annual General Shareholders Meeting held on April 29th, 2019.

A new, stronger governance structure has been put in place. Nicolas Sartini becomes Chief Executive Officer as of June 1st, 2019, tasked with implementing CEVA’s turnaround plan and returning it to profitability.

Creation of an operations center in Marseilles

A CEVA operations center will be set up in Marseilles, bringing together CEVA’s management teams and support functions, for a total of 200 employees (new jobs and transfers).

Located near the Group’s head office, it will strengthen the operational management and control of CEVA.

Intensification of the cost reduction program

In continuation of the “Agility” plan to improve overall operational performance, which was implemented in July 2016, the Group announced in March 2019 a strengthened plan with a savings target of USD 1.2 billion.

Since its launch, this plan has already achieved savings of USD 245 million, through the rationalization of some of the Group’s lines, greater operational efficiency, lower logistics costs, new partnerships with its suppliers, and the implementation of innovative technical solutions on board its ships to reduce their energy consumption and carbon footprint.

Further initiatives will reduce the Group’s overheads and transport costs while reinforcing the actions already undertaken.

This enables the CMA CGM Group to raise its savings targets and increase its ambitious performance improvement and cost control program to USD 1.5 billion, mainly by streamlining its organization and its maritime routes.

Rationalizing the APL and ANL lines

The scope of these two major Group brands will evolve as of October 1st, 2019, in order to strengthen the Group’s overall performance and efficiency:

The new organizational setup will allow the Group to simplify its offer, making it more legible to its customers, and benefit from the expertise of specialist companies from coherent regional groups, while reducing its costs.

The Board of Directors of the CMA CGM Group, a world leader in shipping and logistics, convened under the chairmanship of Rodolphe Saadé, Chairman and Chief Executive Officer, to examine the financial statements for the first quarter of 2019.

Growth in transported volumes and revenue

Revenue per container increased slightly in the first quarter of 2019 compared to Q1 2018, particularly on the routes serving the United States and Africa.

First quarter revenue was up by nearly 37% year-on-year, to USD 7.409 billion. Coming on top of the Group’s 5.5% organic growth, the impact of integrating CEVA amounted to USD 1.7 billion.

Adjusted EBITDA came to USD 779 million, of which USD 423 million corresponds to the impact of IFRS 16 and USD 144 million to the contribution from CEVA. Excluding these two items, EBITDAA remained broadly stable at USD 212 million, compared with USD 217 million for the first quarter of 2018. Over the quarter as a whole, the rise in costs was contained, in line with revenue growth per TEU. The Group intends to reinforce its cost reduction program during the coming quarters.

The IFRS 16 accounting standard has applied to the entire industry since January 1st, 2019. It changes the way operating leases are managed and accounted, but has no effect on the Group’s cash position. The standard has already been adopted by the rating agencies and therefore does not change or modify the CMA CGM Group’s credit rating in any way.

Outlook
The CMA CGM Group will continue to closely monitor current geopolitical tensions and the evolution of oil prices, and their impact on the world economy.

With the strong measures adopted and the strategic investments made, the CMA CGM Group is set to proceed with its transformation, strengthen its performance, accelerate its profitable development for the years to come, keep adjusting its offering and propose to its customers a tailored end-to-end service that meets their expectations.