You are here: Home › Shipping News › CMA CGM – First Shipping Company In The World To Have Trialed Biofuel Oil Onboard
TwitterFacebookLinkedInPinterestBuffer

On the occasion of World Environment Day, the CMA CGM Group, a world leader in shipping and logistics, reiterates its firm commitment to the environment. As a Group known for its capacity to innovate in the service of the energy transition, CMA CGM is further accelerating its actions in 2019 to protect the environment. 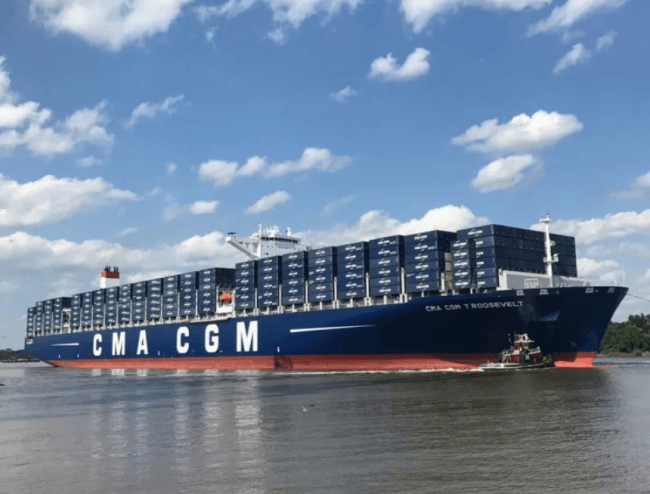 The Group is firmly committed to the reduction of its carbon footprint and has implemented numerous initiatives to make its fleet more eco-responsible. In recent years, the Group has introduced many innovations to reduce the carbon footprint of its vessels, including:

Since 2018, the Group has thus taken delivery of its first two LNG-powered vessels and it will receive a total of 20 LNG-powered container ships by 2022, including nine 22,000-TEU (Twenty-foot Equivalent Units) vessels to be delivered from next year.

In 2019, CMA CGM also became the first shipping company in the world to successfully test a biofuel oil on board one of its container ships. This major step in the decarbonization of ocean freight will highlights the prospects for the development of marine biofuel oil.

This commitment is driven by the strong human and family values shared by the Group’s 110,000 employees, who act on a daily basis to build a sustainable future. Their work is regularly acknowledged; in 2018, CMA CGM received a total of 40 distinctions and awards and was ranked among the 1% most responsible companies in the field of transport by specialized agency EcoVadis. This is fully in line with the CSR policy of the CMA CGM Group, which today unveils its 2018 CSR Report.