The CMA CGM Group has announced that it will deploy starting end of May its flagship fleet of six 18,000 TEU vessels between Asia and the West coast of the U.S.

This decision is in line with both the growth strategy set by the Group in the United States and around the world and the optimization of its fleet.

The flagship fleet of the Group will hence be deployed on the most active and dynamic market to date – the trans-Pacific market – and will support its development as well as that of its customers. 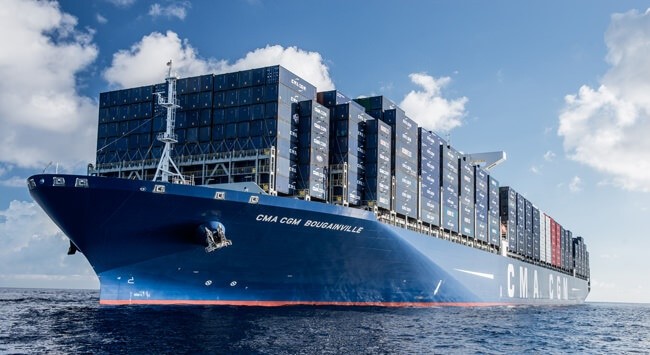 The CMA CGM Benjamin Franklin became the largest ship ever to call in the United States last December and was inaugurated on February 19 in Long Beach, in the presence of Jacques Saadé, Chairman and Chief Executive Officer of CMA CGM, 450 customers, eminent persons from the economic and political spheres and institutional figures.

The CMA CGM Benjamin Franklin will remain on the trans-Pacific market. The other 5* 18,000 TEU vessels will join her on the Pearl River Express line.

These ships are among the largest in the world. They are equipped with the latest environmental technology and they will significantly reduce CMA CGM’s carbon footprint.