The CMA CGM Group, a leader in maritime transport, is pleased to announce the start of its commercial operations at the Kribi Container Terminal. On this occasion, the CMA CGM BIANCA, 8721 TEUs and 335 meters long, became the largest container ship to call in Cameroon on 2 March 2018.

The CMA CGM Group is deploying four new weekly direct services in Kribi to northern Europe, the Mediterranean and Asia. The services concerned are: 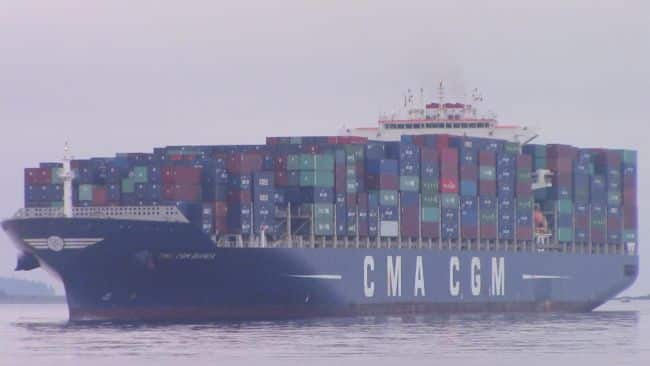 Thanks to its strategic positioning, the Kribi hub will also significantly reduce transit times.

Kribi, a major hub in West Africa for the CMA CGM Group

Located in Cameroon, a growing market, the Kribi terminal aims to act as a major port in Cameroon in addition to Douala and as a hub by offering the Cameroonian supply chain a modern infrastructure adapted to the new generation of transoceanic vessels. The opening of Kribi is part of the strategy implemented by Rodolphe Saadé, Chairman and Chief Executive Officer of the CMA CGM Group, which aims to develop the Group’s terrestrial and door-to-door activities in order to offer its customers a quality global transport offer backed by CMA CGM’s global maritime network. The Kribi container terminal is jointly operated by CMA CGM, Bolloré Transport & Logistics and the Chinese group CHEC as part of a 25-year public-private partnership with the State of Cameroon.