An inaugural female-led beach clean-up exercise in east and southern Africa has helped raise awareness of the problem that marine litter poses to the environment. 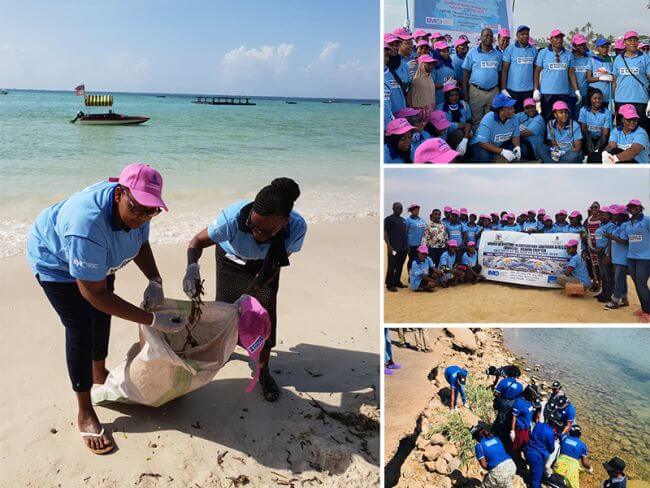 In Kenya alone, the beach-clean up collected 337 kg of rubbish, generated from land-based activities. The day was led by members from the IMO-supported Association for Women in the Maritime Sector in Eastern and Southern Africa region (WOMESA), together with industry and local communities. Organized in celebration of the African Day of Seas and Oceans, the clean-up (27 July) also served to highlight the important role of African women in marine conservation for sustainable livelihoods.

IMO has adopted an action plan to address marine litter from ships and is committed to supporting the achievement of targets to prevent and reduce marine pollution of all kinds, including marine debris, set out in the United Nations Sustainable Development Goal (SDG) 14.

Human carelessness and pollution, such as the dumping of plastic in waterways, has devastating consequences on marine life and this is a particular problem in the marine and coastal areas in Africa – which are also are among the most vulnerable to the impacts of climate change in the world, mainly attributed to the low adaptive capacity in the continent.