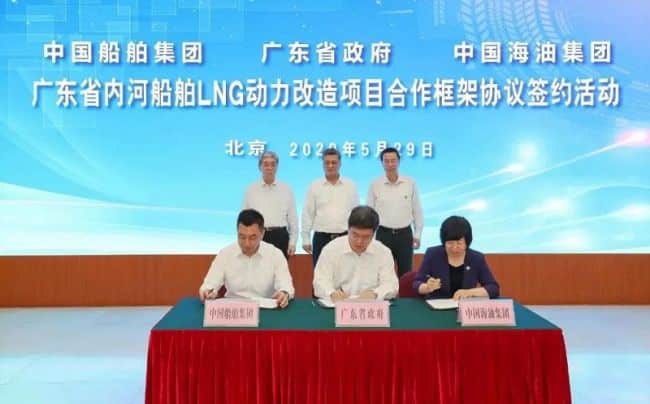 In order to deeply implement Xi Jinping’s ecological civilization thoughts and implement the Party Central Committee’s decision-making on ecological environmental protection and winning the blue sky defense battle, it is led by the People’s Government of Guangdong Province, implemented by China Shipbuilding Group and CNOOC, and innovates in response to the needs of the Pearl River Basin ship pollution control.

According to the agreement, by 2025, Guangdong Province will complete the transformation of about 1,500 LNG-adaptable ships and the construction of 19 LNG bunkering stations. After full completion, the annual demand for marine LNG will be about 400,000 tons, and it will replace oil products. 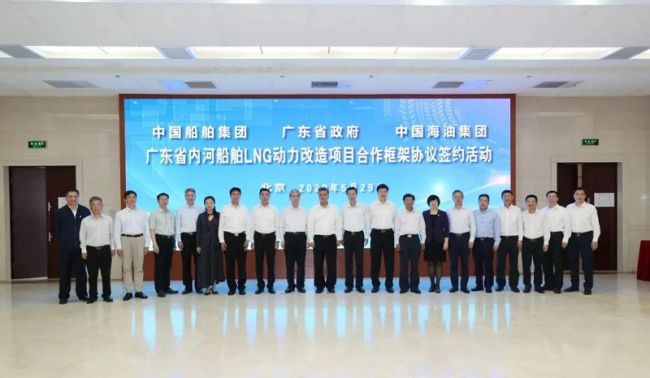 Consumption is about 390,000 tons. According to preliminary estimates, after the implementation of this project, the emissions of nitrogen oxides and particulate matter from ships in Guangdong Province can be reduced by 12.6% and 19.5%, respectively. The implementation of this project is of great significance to promote the prevention and control of air pollution, fully reflects the strength of China Shipbuilding Group in green power technology innovation, and demonstrates the mission of China Shipbuilding Group’s “serving the national strategy.