Amid ongoing conflicts over the China’s aggressive actions in the South China Sea, Beijing has reportedly started releasing weather forecasts from three reefs in the Spratly Islands in the disputed waters.

According to the China’s State Oceanic Administration, the meteorological and hydrological observations in the reefs in the Spratly Islands, also known as Nansha Islands in China, are a response to the increasing challenges of environmental protection in the South China Sea, The Maritime Executive reported. 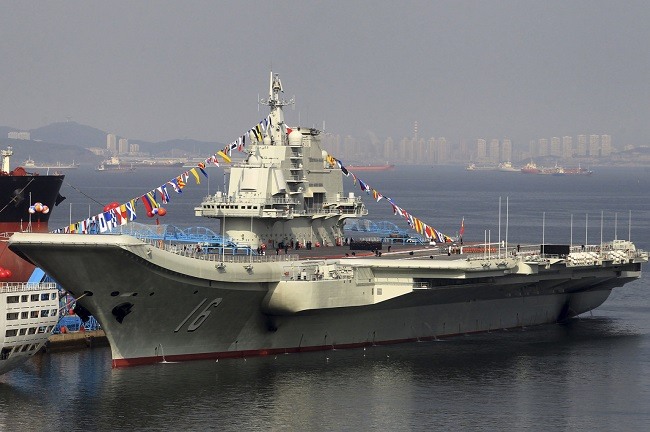 It also said these observations in locations such as Yongshu Reef, Zhubi Reef and Meiji Reef are also aimed at marine disaster prevention, scientific research and maritime navigation safety, among others.

Besides these three reefs in the Spratly Islands, according to officials, another two stations also have been established in other parts of the South China Sea.

China currently claims most of the South China Sea, through which $5 trillion in ship-borne trade passes yearly, amidst its neighbors including Brunei, Malaysia, the Philippines, Taiwan and Vietnam are also having claims on the area.

China has been conducting military patrols and drills in the contested South China sea area for a while. Recently, a Chinese navy ship seized a US underwater drone in the area after angered by the US naval patrols near the islands. However, Beijing later returned the underwater research drone to the US Navy.

In a latest development, the Chinese Navy confirmed that its sole aircraft carrier conducted drills in the South China Sea, in a bid to test combat capacity in the area. The aircraft carrier Liaoning and several fighter jets participated in the drill, which China a routine exercise complying with international law.