Up to a dozen containers carrying chemicals caught fire at a terminal at Brazil’s largest port of Santos on Thursday, restricting ship movement, representatives of the port authority Codesp said.

The fire at the container terminal operated by logistics company Localfrio in Guaruja, on the eastern side of Santos, started around 3 p.m. Brasilia time (1700 GMT) and continued into the evening, sending plumes of smoke across the shipping channel at the commodity exporting port.

The port authority said in a statement it had stopped ships from docking at a terminal operated by Santos Brasil next to Localfrio’s Alfandegado terminal because of smoke, but otherwise the port was operating normally. 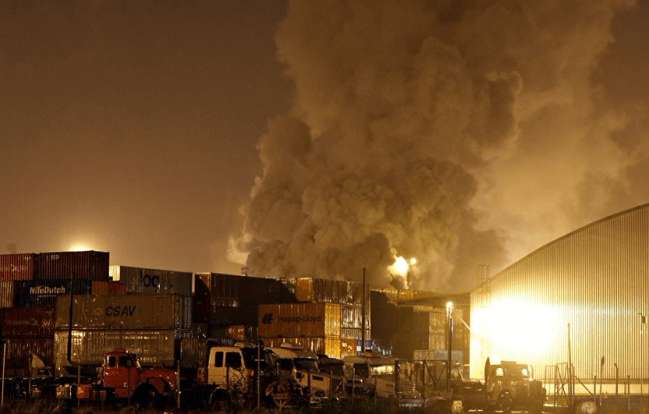 A spokeswoman for Localfrio, which exports general cargo as well as chemicals used for refrigeration, said emergency measures were in place and the terminal had been evacuated.

Still, local Mayor Maria Antonieta de Breto, speaking on Globo News, urged residents to stay inside with their windows closed until more was known about the gases unleashed.

Fires have been common at Santos in recent years. A blaze at a neighboring fuel tank facility in April took a week to snuff out, preventing trucks from unloading soybeans.

The local fire department said six trucks were in the area. Television station Globo News said 39 people had sought medical attention due to nausea and headaches.

Types of Container Terminals On The Basis of Ownership