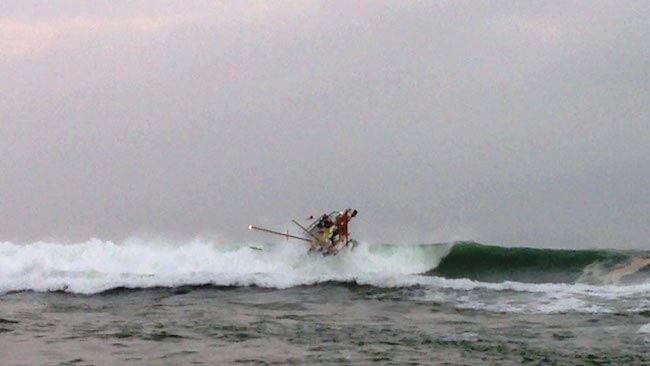 AMSA has completed search and rescue operations following the capsize of a catamaran in rough seas off Newcastle with five people on board, including a teenage girl.

AMSA initially tasked the Westpac rescue helicopter from Belmont, which reached the scene at around 10.45 am to find the overturned vessel. The helicopter located the two survivors and three deceased people near the vessel. A helicopter crewman was able to recover the survivors on board to transfer them to hospital.

AMSA also tasked a rescue helicopter from Williamtown, which remained on scene until Volunteer Marine Rescue vessels from Newcastle and Port Stephens arrived to recover the bodies of the deceased.

The catamaran was on a voyage from Port Stephens to the Central Coast when it capsized.
NSW Police has notified next of kin.

AMSA extends its condolences to the families of the deceased. AMSA would like to thank the rescue crews involved for their swift response, which saved two lives today.