As the global pandemic emerged, the cruise industry came to a sudden halt that lasted for months. Most cruise liner companies had paused their operation till December.

The world largest cruise line is selling more than 13 ships which are nearly 9% of its capacity as the company is continuously facing a cash crunch.

Cruise liners are facing a shortage of income revenues as passengers are facing cancellation issues with their reservations amid coronavirus situation, which is resulting in cancellation and schedule changes in ship itinerary and departures. 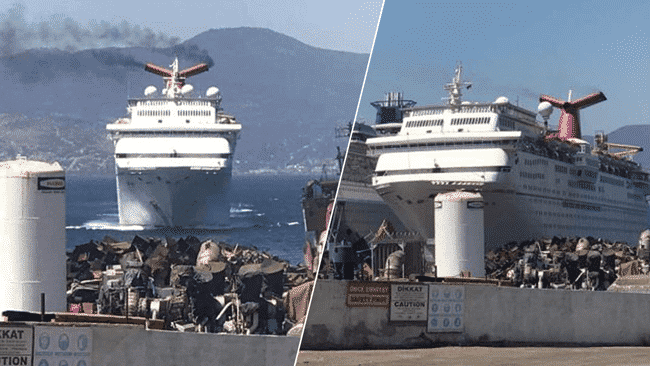 All the cruise ships had halted their operations in mid-march amidst the global pandemic crisis, and many have cancelled their schedules till December.

Carnival CEO Arnold Donald in an SEC filing said out of 18 ships only 3% are operating and generating income since 2019 while 12% are at pause. Removing 18 less efficient cruise ships will result in a 12% reduction in capacity and lower the cost base.

The most recent ships removal from fleet includes the Rotterdam and Amsterdam, which have been sold to Fred.

Carnival Corporation also said that deliveries on new ships have been delayed and are now expecting to be delivered in 2021. The company is expecting deliveries of five out of nine new ships.

In an 8-K filing, Carnival disclosed that they have lost around $2.9 billion in third-quarter as of August 31st, as none of the ships sailed with passengers onboard. They also lost $900 million in non-cash impairment charges.

The company also said that it lost $700 million in cash per month in the third quarter which has dropped down to $530 million in the fourth quarter.

As of now, all the Carnival Cruises are at pause.

Shares of Carnival Cruises went down by 7% due to the financial crisis of the third quarter’s loss and other expenses.

In early September one of Carnival Cruise’s ship, the Costa Deliziosa with 2260 passengers carrying capacity sailed from Trieste, Italy with seven-night voyage schedule.

The company is targeting to emerge with a more efficient company in terms of cash flow and allowing them to pay the debt and the increasing value of the share for the shareholders.