In a traditional maritime handover ceremony held earlier today at the Fincantieri shipyard in Italy, Carnival Cruise Line officially took delivery of the new 133,500-ton Carnival Horizon, the 26th ship in its fleet.

The 3,954-passenger ship will reposition to Barcelona, Spain, where it will depart April 2 on an inaugural 13-day voyage – the first of four sailings from the European port. The ship will then operate a trans-Atlantic crossing before arriving in New York May 23, 2018, for a pierside overnight gala and naming ceremony featuring the ship’s godmother, Grammy award-winning musical artist and acclaimed actress Queen Latifah. 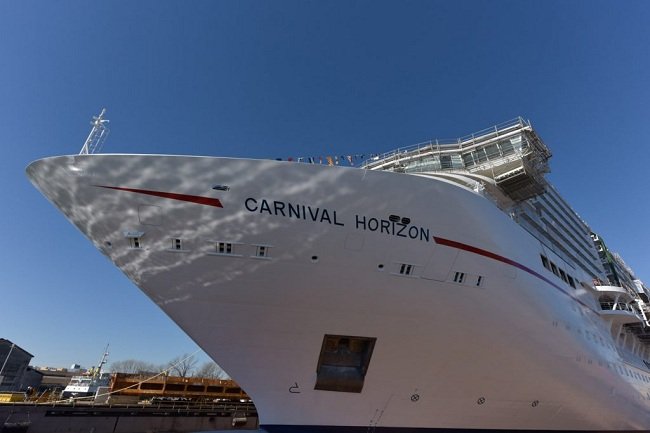 The second in the line’s highly successful Vista-class, Carnival Horizon also offers fun innovations like the bike-ride-in-the-sky aerial attraction SkyRide, an IMAX Theatre, the Havana section with tropics-inspired staterooms and its own pool, and Family Harbor featuring extra-roomy accommodations and the Family Harbor Lounge. Like its name implies, Carnival Horizon also includes food and beverage outlets offering amazing views with both indoor and al fresco seating options at venues such as Bonsai Sushi, Fahrenheit 555 steakhouse and Library Bar.