New cruise company in China to purchase two existing ships from Costa Group, with the first ship expected by end of 2019 to begin serving guests as part of the JV fleet

Joint venture also finalizes previously announced agreement for world’s first two new cruise ships to be built in China for the Chinese cruise market, the first of which will be delivered in 2023. 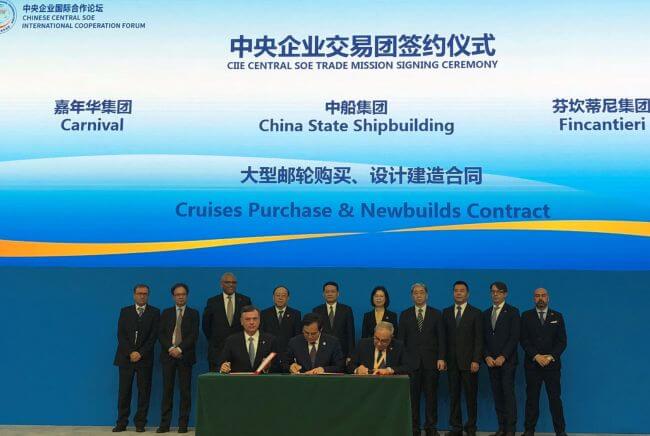 As part of today’s news, CSSC Carnival Cruise Shipping Limited announced an agreement to purchase two existing ships from Carnival Corporation’s Costa Group, the leading cruise operator in Europe and Asia. The first of these ships, the 85,861-ton, 2,210-passenger Costa Atlantica, is scheduled to be transferred to the new Chinese cruise line by the end of 2019. Costa Atlantica’s sister ship, the 2,114-passenger Costa Mediterranea, will be transferred at a date still to be announced.

Additionally, CSSC Carnival Cruise Shipping Limited announced it has signed a contract to finalize its previously announced agreement to order two new cruise ships that will be built in China and serve the Chinese cruise market. The two new cruise ships will be constructed by Shanghai Waigaoqiao Shipbuilding Co., Ltd. (SWS), a leading Chinese-owned shipyard in Shanghai, with the first ship expected to be delivered in 2023. The agreement also gives CSSC Carnival Cruise Shipping Limited the option to order four additional China-built cruise ships to serve growing demand from Chinese consumers.

CSSC, China’s largest shipbuilder, and leading global shipbuilder Fincantieri S.p.A. have established a separate joint venture to grant a technology license of the ship model platform and to provide technical and project service support to SWS throughout the shipbuilding process. The two new ships will be built with a design tailored for the new joint venture and the specific tastes of Chinese travelers. As the largest cruise company in the world with over 100 ships in its fleet and 22 ships on order through 2025, Carnival Corporation will utilize its deep industry expertise to provide onsite supervision and support during ship construction.

“The official launch of our cruise joint venture in China is a significant milestone in the strategic development of a strong and sustainable cruise industry in China,” said Arnold Donald, CEO of Carnival Corporation. “Together with our partners, we are excited about our ability to launch a new cruise line in China based on existing ships and new China-built cruise ships tailored for Chinese travelers.” 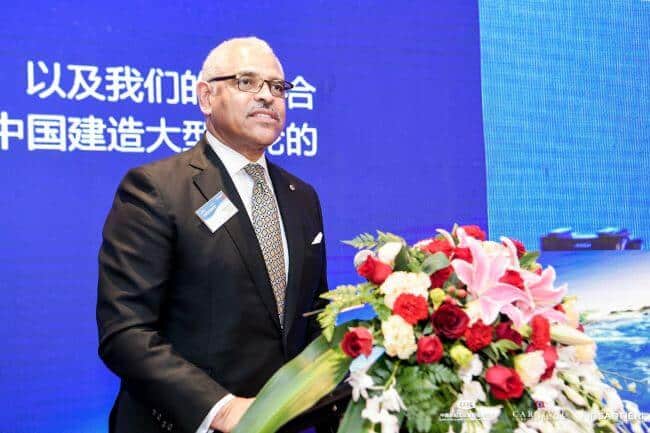 “The new cruise joint venture complements our existing presence in the market and strengthens our commitment to help China build a holistic ecosystem and become a leading global cruise market,” added Michael Thamm, group CEO, Costa Group and Carnival Asia. “We look forward to working with CSSC to further increase demand for cruising by generating broad awareness of why going on a cruise is an extraordinary holiday and exceptional value.”

“It is a strategic decision for CSSC to enter into the cruise industry in partnership with Carnival Corporation and Fincantieri,” said Lei Fanpei, chairman of CSSC. “Through the partnership with leading international enterprises, we will build a whole industrial chain including the cruise ship design and building, operations and supply chain, jointly promote industrial environment improvements and create an ecosystem that will nurture the sustainable growth of the cruise industry. Our cooperation continues to receive great support from the Chinese government at both the central and local levels. We wish to continue our win-win partnership from today on, to ensure the delivery of the first large cruise ship to be built in China by 2023.”

Giuseppe Bono, CEO of Fincantieri, said: “This achievement with our strategic partners at Carnival Corporation and CSSC represents the hard work, determination and vision of our teams to continue developing the cruise industry for the benefit of Chinese travelers and capitalize on the enormous potential of the market.”

Bono added: “China represents a tremendous opportunity for the entire cruise industry, and we look forward to working together with our partners to leverage our collective expertise and leadership in the cruise sector to support China’s goal of developing its cruise shipbuilding capabilities and becoming a leading global cruise market.”

These agreements were signed on behalf of CSSC Carnival Cruise Shipping Limited by Costa Group’s Michael Thamm and Yang Jincheng, president of CSSC at a signing ceremony held today at the China International Import Expo (CIIE) in Shanghai. Also in attendance were Carnival Corporation CEO Arnold Donald and Chairman Lei Fanpei of CSSC, among other important representatives. 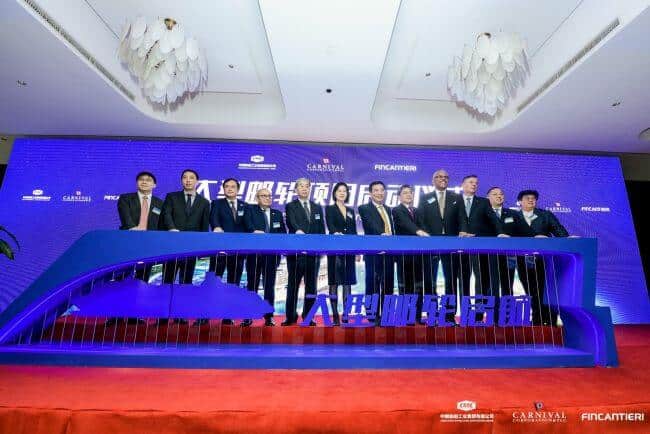 CSSC Carnival Cruise Shipping Limited – a joint venture partnership announced in 2015 with CSSC in which Carnival Corporation holds a minority interest – was formed with the goal to launch the first multi-ship cruise brand in China specifically designed to serve the Chinese cruise market.

As previously announced in June 2018, the Costa Group will also introduce two new cruise vessels specifically designed for the Chinese market — Costa Venezia in spring 2019 and its sister ship in fall 2020.

As a large, embryonic and underpenetrated cruise market with continued long-term projections for outbound tourism growth, China represents a significant opportunity for the cruise industry to raise awareness, consideration and demand for cruise vacations in coming years. As the industry continues to grow and develop in the region, China is widely expected to eventually become the largest cruise market in the world.