Carnival Corporation & plc, the world’s largest leisure travel company, announced today that it is expanding the commercial maritime industry’s first and most technologically advanced Fleet Operations Centers with the opening of a new facility in Seattle. The company’s first Fleet Operations Center is located in Hamburg, Germany, with both centers providing real-time support for its 102-ship fleet, the largest in the cruise industry. A third center will be added to the global network later this year when construction is scheduled to be complete on a facility in Miami at the company’s headquarters. 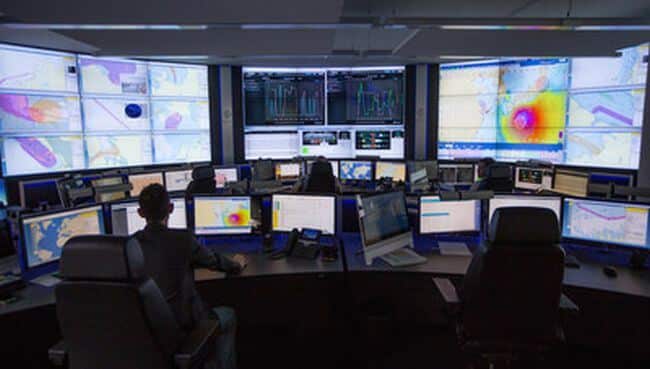 The advanced system, which initially captures thousands of data points and provides real-time analytics for 28 distinct parameters for navigational safety from each ship, focuses on the following strategic areas to optimize safety, efficiency and overall fleet performance:

“Our teams have done a remarkable job in developing the most sophisticated and capable system in the cruise and commercial maritime industry for taking safety management to a completely new level, overcoming the hurdles faced with ships sailing in the middle of oceans around the world,” said Vice Admiral Bill Burke (ret.), chief maritime officer for Carnival Corporation. “With our new operations centers running our proprietary technology, both our ship and shoreside teams have greater-than-ever ability to ensure we are operating at safety levels that far exceed industry standards. We can now also access and analyze data that can significantly increase the operational efficiency of our ships, which is another major benefit.”

Utilizing cloud-based technology from Microsoft, this new system – dubbed “Neptune” – has been in use at the Carnival Maritime Fleet Operations Center (FOC) in Hamburg, Germany, as announced in October 2015. Carnival Corporation has been piloting the system with its European cruise line brands in Hamburg and Southampton, England. Based on the system’s success, the company will continue rolling out the system this year to further increase the monitoring capability of its ships sailing in the U.S. and Caribbean, through its Fleet Operation Centers in Miami and Seattle.

The new Carnival Corporation FOCs will provide an additional layer of support, where the shore-based analytics system will automatically generate alerts to help provide support in addressing any potential safety or weather-related issues across the fleet. Moving forward, the system’s ability to process and analyze “big data” in real time will enable Carnival Corporation and its brands to do predictive analysis with the potential to further improve safety and operations.

The implementation of the advanced support system is aligned with the company’s Arison Maritime Center, home of its Center for Simulator Maritime Training Academy, or CSMART Academy, the world-class maritime training, professional development and research facility in Almere, located just outside Amsterdam in the Netherlands, which currently provides some 6,500 deck and technical officers from the company’s 10 global brands with extensive annual training programs.

“Our commitment to raising the bar on maritime safety has already generated several major enhancements, including our world-class CSMART Academy training facility where our deck and technical officers receive the industry’s most progressive training using state-of-the-art simulators,” said Burke. “Now we are taking it to the next level with our new Neptune support system and cutting-edge Fleet Operations Centers that enable us to support safety using real-time data in ways that have never been done in the cruising and commercial maritime industries. Together, our safety training programs and innovative technological capabilities like Neptune add even more strength to our comprehensive approach to safety and operational excellence as the number one priority for Carnival Corporation.”