One died and four crew members went missing after a cargo ship KM Yuliner caught fire off the coast off South Buton Regency in Southeast Sulawesi in Indonesia.

The Kendari National Search and Rescue Agency (Basarnas) have rescued one crew from the ship and search for the rest of crew members are still going on.

According to Search and Rescue Agency in Southeast Sulawesi, the ship was loaded with cement and caught fire at around 2 pm local timing. 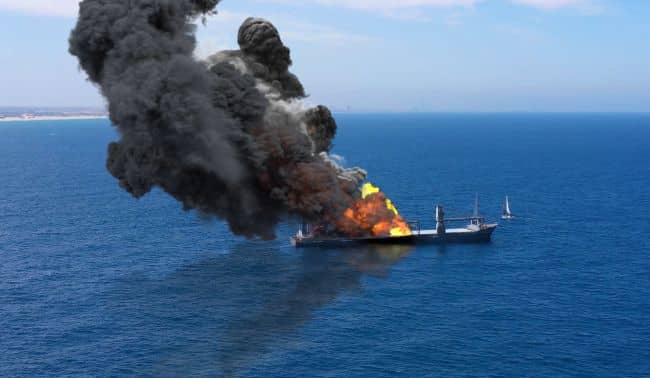 Search and Rescue Agency chief said, some fishermen saw two people in the waters after the accident, and one of them died during the evacuation. He also said the rescue team will expand the search area to search for the missing four people.

KM Yuliner left for Wakotobi regency in South-east Sulawesi from Pangkep Port in South Sulawesi on Tuesday. The ship caught fire in the midways through its voyage and the cause of the fire is still not known.

The survivors and casualties are found 18 nautical miles west of the vessel’s last position.

Search and Rescue team head Mr Aris said, “We hope we can find all of them regardless of their conditions.”

Accidents in Indonesian waters are common as it has around 17000 islands. Accidents mainly occur due to the lack of safety standards.