You are here: Home › Shipping News › Cargo Shift And Damage To Vehicles On Board Ro-Ro Passenger Ferry European Causeway
TwitterFacebookLinkedInPinterestBuffer

The violent motion caused several freight vehicles to shift and nine to topple over. This resulted in damage to 22 vehicles, some damaged severely.

At least six freight vehicle drivers had remained in their cabs on the vehicle decks during the crossing and four were found in cabs of vehicles that had toppled over. One driver was trapped and had to be freed by the emergency services when the ship arrived in Cairnryan. 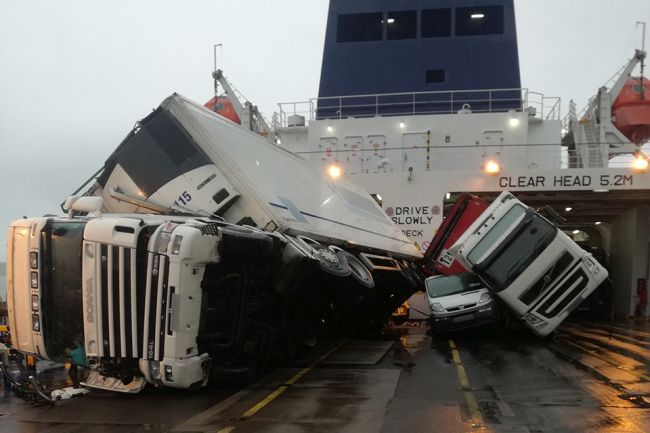 A recommendation (2020/107) has been made to P&O Ferries Ltd to amend their SMS to provide specific guidance on the lashing of cargo in heavy weather.