On Thursday, 06 July, at 11h50, NSRI Durban duty crew were alerted to the Master of the Ship Freight Margie reported to be collapsed unconscious onboard at anchorage 7 nautical miles off-shore from the Port of Durban.

The sea rescue craft Megan II was launched accompanied by Netcare 911 rescue paramedics and on arrival on the scene NSRI crew and the rescue paramedics were put aboard the vessel where the ship’s Captain, an Italian, was declared deceased by paramedics from a suspected heart attack. 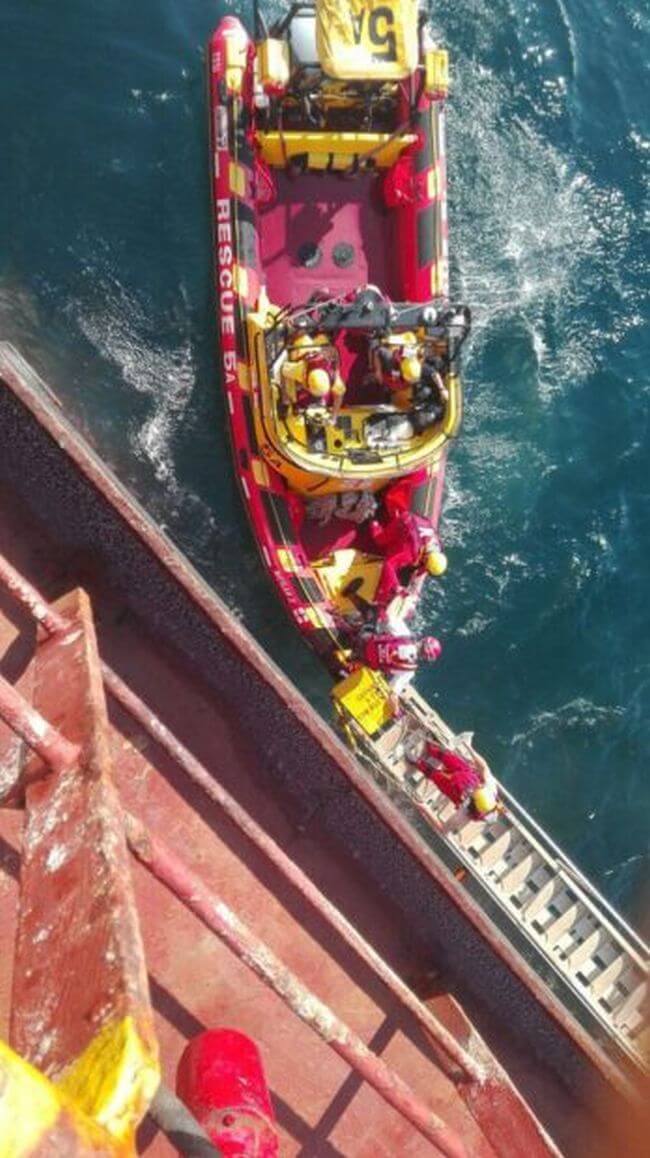 NSRI crew and a rescue paramedic remained onboard and the ship was brought into Port where they were met by the SA Police Services, Transnet National Ports Authority (TNPA) officials and the Forensic Pathology Services and the body of the man has been taken into the care of the Forensic Pathology Services and an investigation opened by Police as is protocol.