The vast majority of Canadians believe transporting goods by sea is safe, and most say marine shipping is growing in importance in this era of heightened trade uncertainty between Canada and the United States.

These are some of the key findings of a new study conducted by the Angus Reid Institute in partnership with the Clear Seas Centre for Responsible Marine Shipping. The new public opinion poll builds on a benchmark study on public attitudes about the shipping industry first conducted in March 2016.

Today, the Canadian public places a higher degree of importance on marine shipping than it did back then. Greater numbers now say the industry is “critically important” to the Canadian economy, Canada’s access to imported goods, and Canada’s ability to access export markets than did so in 2016.

As they were in 2016, however, Canadians remain concerned about the prospect of oil and fuel spills, even as they express confidence that shipping is generally safe and well-regulated.

British Columbians tend to be most worried about the safety of shipping oil and gas in Canadian waters, while Albertans and those in Atlantic Canada – likely reflecting the prominence of petroleum industries in their provinces – are most confident. 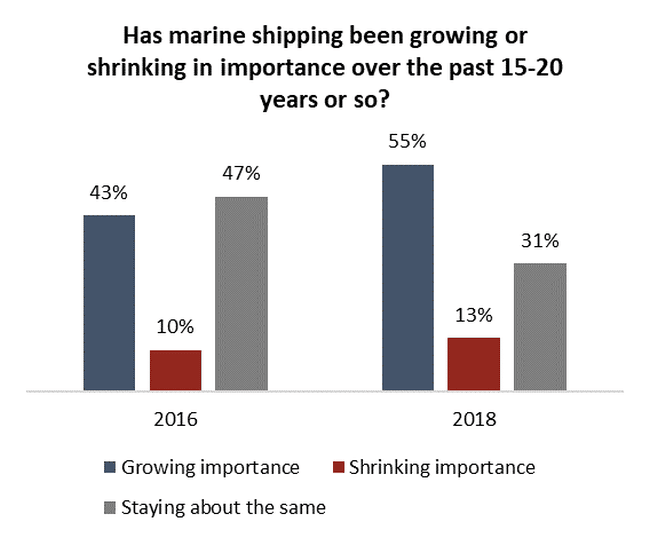