A Canadian whale-watching tour boat with 27 passengers on board sank off the coast of British Columbia on Sunday, killing five people with one missing, rescue officials said.

Twenty-one people had been rescued when the search was called off late at night, Melissa Kai, a spokeswoman for the Joint Rescue Coordination Centre (JRCC), said.

A military rescue helicopter and plane had been sent to the waters off the coast of Tofino after the vessel sent a distress signal around 5 p.m. local time, according to the JRCC. Several other coast guard vessels were involved in the search off the rugged west coast of Vancouver Island. 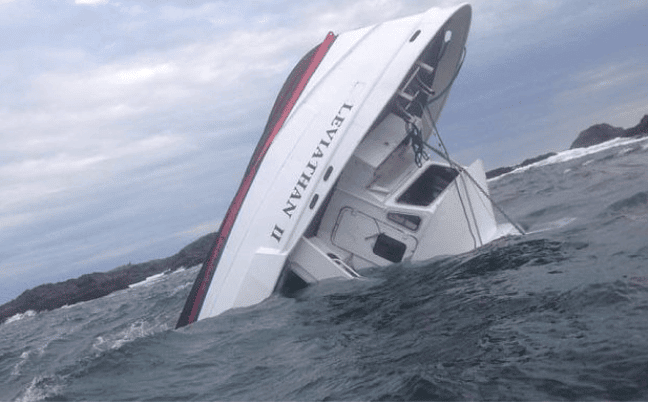 The case had now been turned over to Canadian police as a missing persons case, Kai said.

Eighteen people were taken to Tofino General Hospital, of which three were transferred to other island health facilities, Island Health spokeswoman Val Wilson told Reuters. All were in a stable condition. Some at the Tofino hospital had already been discharged, she said.

Earlier in the evening, military planes and coast guard vessels lit up the area where the vessel remained partially submerged, eight nautical miles northwest of Tofino.

The manager of the Shelter Restaurant in Tofino said fishermen and fishing charter companies had joined the rescue effort, with about 15-20 boats leaving the tourist town.

“Practically anyone who can go will go,” said Matthew, who did not give his last name. “People here get together to help when things like this happen.”

EMP And ClassNK Commence Collaboration Towards Commercial Release Of EnergySail

ICS: Six Months To Go To The ‘Global Sulphur Cap’
Photos: Damen And Hydromaster Develop New Ferry Thruster For Blue Amigo
Want to share your tips and advice? Got questions? Visit the community forum to ask questions, get answers, meet people, and share your tips!