This welcome celebration for the Canadian Coast Guard’s first of three Offshore Fisheries Science Vessel built under the National Shipbuilding Strategy was marked by an official naming ceremony, a First Nations blessing, and sponsorship, which included the traditional breaking of a ceremonial bottle on the ship’s bow.

By tradition, a civilian is invited to sponsor a vessel for its well-being and continued service, and to wish the vessel “good luck”. The Canadian Coast Guard is proud to have Dr. Verena Tunnicliffe as the sponsor for the new ship. Dr. Tunnicliffe is an accomplished marine scientist and was the first woman to lead a deep-sea science expedition on Canada’s West Coast. 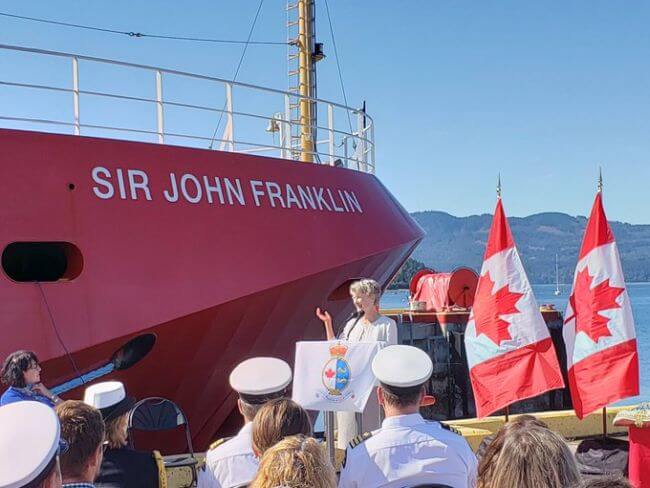 The homeport for the CCGS Sir John Franklin will be the Institute of Ocean Sciences in Sidney, British Columbia, where it will ensure that Fisheries and Oceans scientists are working with modern equipment to conduct vital work and data collection in support of our marine ecosystem. The vessel will also support environmental response and search and rescue operations, when needed.

The Government of Canada recently announced up to 18 new ships for the Coast Guard, confirmed it is revitalizing the shipbuilding industry, creating good, skilled jobs, and ensuring that Canada’s marine services have the modern ships they need to fulfill their missions. The Government of Canada also announced on August 2, 2019, the construction of six new program icebreakers for the Coast Guard to replace its current aging fleet of icebreakers. 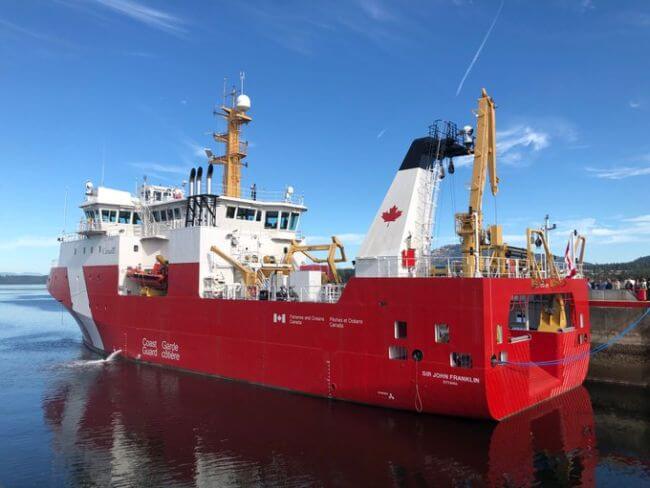 “It is a proud day for the Government of Canada, as the CCGS Sir John Franklin, the first of three new Offshore Fisheries Science Vessels, is officially welcomed into the Coast Guard fleet. This vessel signifies a momentous milestone for the Canadian shipbuilding industry and for the National Shipbuilding Strategy. This ship is built by Canadians for Canadians. With this vessel we are equipping the Coast Guard and Fisheries and Oceans scientists with the state-of-the-art tools and technology they need to complete their important work.”

The Honourable Jonathan Wilkinson, Minister of Fisheries, Oceans, and the Canadian Coast Guard