The fields for the application of blockchain technology drastically increased over the past decade. The primary usage of the technology was as a payment medium, providing a quick, secure, and transparent way of collecting and transferring funds across the globe. The adoption of the new technology goes beyond payments as blockchain is deployed as a data collection medium, credentials verification tool, file transfer protocol, etc.

Blockchain is used in the ecology and sustainability sector too. Looking at the maritime industry, all ship-related data, such as routing information, fuel levels, and spillages, are collected by hand and are then being transcribed to a non-uniform language. The complexity of the process creates barriers for the provision of quality waste management services, lowering the efficiency of the provided services.

A Slovenia-based company, called Carbon Offset Initiative (COI), aims to harness the power of blockchain in a bid to reduce waste. They developed hardware and software solutions, enabling monitoring, analysis, and management of the waste left by large cargo ships. 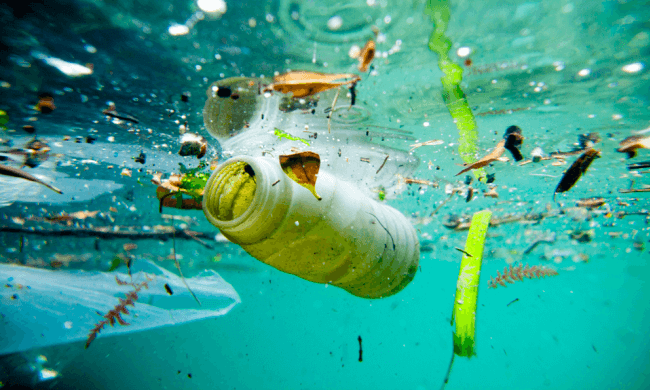 The blockchain of COI is based on the Ethereum protocol and uses smart contracts to verify data transmissions and payment transactions. By using satellite data, each monitored parameter can be immutably stored on the public blockchain, making it almost impossible to counterfeit. All users on the chain – from ship operators to recycling centers, could benefit from the blockchain by cutting fuel costs, oil incineration, slops management (slops resemble hydrocarbon-rich compounds, which are generated by ships), and settlement between parties.

The hardware consists of various sensors, including vibration sensors, cameras, and lasers. The sensors will be installed on vessels and will track in real-time the quality and quantity of oil in the bunkers and slops tanks. Humidity, temperature, fuel consumption, and routes will also be recorded and sent directly via satellite connection to cloud data centers.

In 2017 the companies behind the project, Clean Sea Services and Urban Management, discussed a potential partnership, and in 2018 the Carbon Offset Initiative was established. Founded by the EU Business School (EUBS) professor Jean-Christophe Vautrin and EUBS alumnus Vuk Bjelajac, the company sets the bar high and takes the ambitious initiative of drastically reducing carbon footprint in the maritime industry. The COI’s team members have substantial industry knowledge and expertise, with some of them being EUBS lecturers and students.

COI launched an ICO fundraising, available to nearly everyone around the globe. The company also organizes its first IEO session on the P2PB2B exchange on 25th November 2019, running in parallel with the ICO.