The International Transport Workers’ Federation (ITF) has thrown its support behind the ongoing campaign to boost Australia’s fuel security and protect jobs onboard the BP oil tanker British Loyalty.

An emergency motion was introduced at a meeting in Perth today of the ITF Seafarers’ Section meeting by the Maritime Union of Australia (MUA).

The oil and gas giant is dumping the 36 Australian crew of the fuel tanker British Loyalty this week, replacing them with cheap foreign operators who pay their crew as little as $2 an hour.

It comes as BP slashes an extra 360 Aussie jobs this month when it shuts Bulwer Island, which is one of the Australian east coast’s main local suppliers of fuel.

These cuts make Australia dangerously reliant on foreign suppliers. The country stocks less than 3 weeks’ worth of fuel, while service stations hold only 7 days supply.

The motion says that the Australian tanker fleet is in crisis with the loss of three ships in the past six months.

“Australia’s reliance on shipping for its supply of petroleum is increasing and therefore Australia needs more ships like the British Loyalty, which has an outstanding safety and service record. 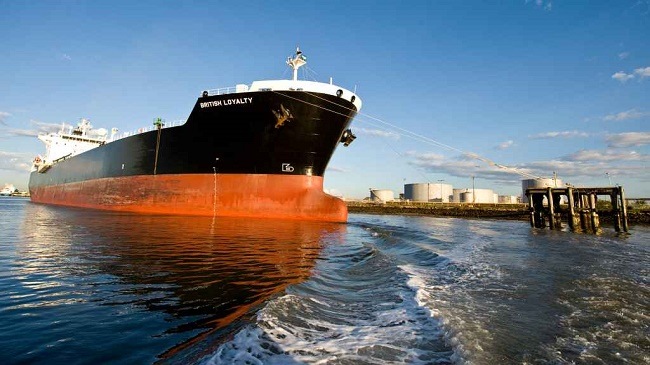 “Despite this the crew on British Loyalty were notified in late 2014 that they would be removed from the ship and the ship would be re-deployed internationally.”

“Around 900,000 tons of refined product is currently being moved from Kwinana Refinery in Western Australia to Australia’s east coast each year on foreign vessels,” said Mr Crumlin, who is also MUA National Secretary.

“This is more than enough to keep the British Loyalty working the coast and keep fuel supply in Australian hands so we call on BP to redeploy the vessel.

“Good, honest seafaring jobs for Australian crews are being replaced by foreign shipping companies who routinely exploit their crews and pay them as little as $2 an hour.

“International unions will continue to stand up for local jobs, while there are also obvious risks to Australia’s pristine environment, fuel security and national security.”
United States Seafarers International Union (SIU) Secretary-Treasurer David Heindel said the recent five-year anniversary of the Gulf of Mexico disaster, which involved BP, was a timely reminder that corporations need to employ best practice when it comes to protecting the environment.

“The Gulf of Mexico disaster taught us that you can’t cut corners to save a few pennies,” said Mr Heindel, who is also chair of the ITF Seafarers’ Section.

“Instead, you want the best qualified, best trained professionals onboard your vessels.

“The British Loyalty has often sailed along the Great Barrier Reef, which is one of the world’s great nature reserves and this pristine environment simply could not be replaced if a disaster occurred.”

It’s better to be safe than sorry and BP should consider this when making their business decisions.

Despite the Hong Kong-owned Atlantic Blue running aground on the Great Barrier Reef in 2009, BP was happy to use it for seven domestic voyages along the WA coast in 2014 and 2015.

The ITF motion also calls for a high-level meeting with BP to demand that the British Loyalty and its current crew are redeployed to carry BP’s existing cabotage cargo.