Business France, the national agency supporting the international development of the French economy, presented its first-ever French Maritime Awards last week during the SMM trade fair to water microbiologist aqua-tools. The organisation, established in 2015, fosters export growth by French businesses as well as promoting and facilitating international investment in France. 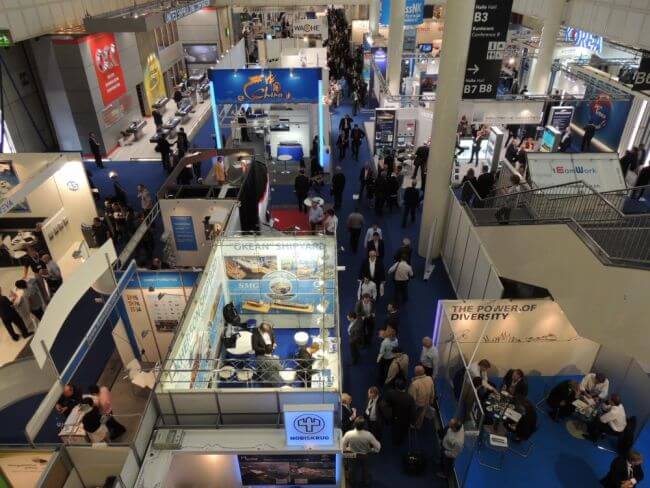 Estelle David, Head of Transport Department, Business France, said: “We are delighted that the first-ever French Maritime Awards have been a success, especially with two French companies exhibiting at the SMM show winning the prizes.”

Organised jointly with GICAN, the awards were open to all SMEs and start-ups exhibiting at the SMM show – a total of 40 French companies.

“The International Prize was awarded to Masson Marine, a specialist in marine propulsion systems with installations aboard all types of vessels. The Innovation Award was presented to aqua-tools, a pioneer in water microbiology, supplying testing solutions to the industrial, health, environmental and maritime sectors,” furthered David.

Representatives from Naval Group, Schneider Electric, STX, Bureau Veritas, GICAN, Armateurs de France, Bpifrance and Business France whittled down the nominations to three companies in each award category. These companies then made presentations to the panel of judges before the eventual winners were selected.

Carine Magdo, aqua-tools’ Business Development Manager, said: “To win this award at what was our first SMM trade fair and amongst some very strong candidates is the culmination of a tremendous year of achievement for aqua-tools. We would like to take this opportunity to thank Business France for its support.

“Visitors to SMM are now more fully aware of the importance of ballast water sampling and testing and how it can help ensure systems are operating in accordance with the requirements to prevent the spread of non-indigenous aquatic species.”

The awards together with a cheque for €1000 was presented by Business France’s Deputy Head of Business France Office in Germany, Bruno Lanternier, and Eric Banel, Special Adviser for Maritime Economy and Port – Secretariat General for the Sea.