You are here: Home › Shipping News › Bullying And Harassment At Sea: Clear And Present Threat To Seafarers
TwitterFacebookLinkedInPinterestBuffer

Human Rights at Sea publishes a redacted example of testimony and background facts from a recent case highlighted to the charity and other welfare entities concerning bullying and harassment towards an experienced Indian Chief Engineer by a Turkish Master on the Marshall Islands-flagged vessel. [NB: It should be noted that the nationalities involved do not themselves exacerbate the core issue of bullying and harassment].

Under the circumstances, the Chief Engineer was forced to leave the vessel contractually, but received no support as he was not a member of a union, the vessel did not have an ITF union agreement (noting ITF seafarers help team involvement in the case), and this was the first time he alleged that he had been abused in such a way in over 20 years of sailing.

The case remains redacted and identities protected while the follow-on investigation by Human Rights at Sea continues and responses from the commercial shipping entities are waited upon due to non-engagement with the charity to date. 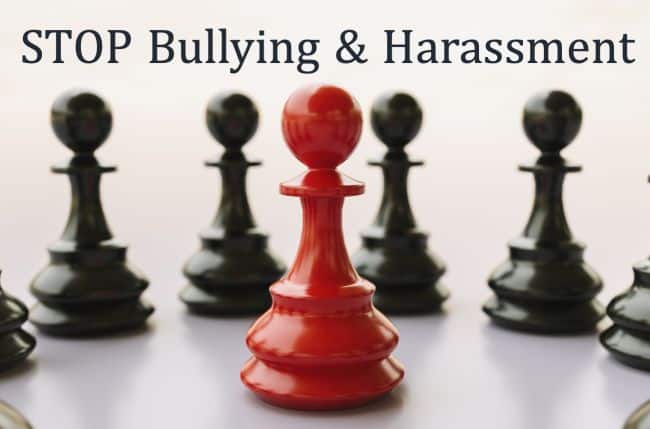 Human Rights at Sea is seeking, alongside other welfare organisations and unions, a demonstrable reduction in bullying and harassment cases at sea and an affirmation that the Maritime Labour Convention legislation and associated related policies are not just referred to in correspondence between parties, but are enacted with effective remedy made available for victims as opposed to the corporate veil being used to hide the issue at the expense of hard-working seafarers.

FACTS. On the 15 November 2019, an Indian national joined the vessel MT RIDGE S in the capacity of Chief Engineer (“C/E”). The vessel joined is owned and operated by a Turkish company registered in Istanbul.

During a bunkering operation in Djibouti over the period 21-23 November 2019, an onboard oil spill occurred due to an incorrectly fitting valve. The Indian C/E was blamed for this incident and was subsequently issued with a formal warning letter by the Turkish Master on the 5 December 2019. The Indian Second Engineer (“2/E”) subsequently drafted a letter in support of the C/E refuting the Master’s allegations and version of events.

On the 10 December, the C/E received an email from the Indian ship management company advising him that his contract would be terminated on grounds of ‘incompetence’ and that he was to disembark the vessel on the 11 December 2019 whilst at Cape Town anchorage. At that point his contract was not due to finish until mid-March 2020.

On the 11 December in Cape Town, a new Chief Engineer, a Turkish national, joined the vessel though the Indian C/E did not disembark the vessel as per the ship management company’s email request.

On the 12 December, the 2/E drafted a letter entitled, “We are in Distress”, and emailed it to the ITF union. The letter, among others sent out to a range of addressees, outlines the alleged situation on board and charges the Turkish Master with attempts at defaming and undermining the work of the Indian crew onboard. The letter also defended the actions of the C/E and alluded to the abuse he had suffered as a consequence of the Master’s behaviour. Also, on this date, the Indian C/E sent initial correspondence to Human Rights at Sea (“HRAS”).

On the 17 December, the Indian 2/E was himself issued with a formal warning letter by the Master for poor performance having been subject to pressure being applied onboard the vessel since standing alongside the Indian C/E.

On 20 December on arrival in Lome anchorage, Togo, the Indian C/E was taken ashore and met with ITF union representative before leaving the ship without his seaman’s book being completed for the voyage. His contract was due to end 14 March 2020.

The Complainants. The Indian C/E alleges systematic attempts by the Turkish Master and replacement Turkish C/E at undermining the work of himself, the Indian 2/E, and their onboard colleagues. He alleges that information has been fabricated in order to support the narrative and create circumstances which would lead to the contractual dismissal of himself and his colleagues.

It is variously claimed that:

The issues raised by the Complainants strike at the core of the Maritime Labour Convention, as amended (MLC, 2006) . In particular, the issues relate to the increased protection for seafarers against shipboard harassment and bullying and which are highlighted by the policy publication, ‘Guidance on Eliminating Shipboard Harassment and Bullying’ , jointly published by the International Transport Workers’ Federation and the International Chamber of Shipping (“ICS”).

The Guidance emphasises the responsibility of shipping companies in respect of developing and enforcing company policy on harassment and bullying.

In the present case, it is not known what role, if any, the company has played in either attempting to stamp out the practice of bullying and harassment on board its vessel or indeed whether its actions or omissions have simply facilitated the alleged occurrence. It is also acknowledged that there is a yet untold opposing version to be disclosed by the company.

Given that the Indian C/E and 2/E have both sought the counsel and support of the ITF Union and HRAS on this occasion, suggests that the shipping company’s policy on harassment and bullying has fallen short of that which is expected of the company at the very least. Whether the company is complicit in seeking to create the circumstances which lead to the dismissal of the Indian C/E remains to be further investigated, subject to engagement with HRAS.

In this case, the ITF union has not been able to assist the complainants as there was no ITF agreement with the vessel, the complainants were not union members, and the focus stated to HRAS was to recover outstanding wages, not in this case to investigate bullying and harassment allegations.

Isolated, without support and hounded out of professional roles, the lack of accountability at sea when invariably out of sight and out of mind is a constant threat to the maritime and seafaring community. Seafarer support is critical and should not be solely based on membership of a union, or access to welfare entities.

The issue is far from uncommon. It remains a clear and present danger to all workers at sea, and not just for those working on land in the same maritime supply chain.

The Maritime Labour Convention should be a key legal instrument to reduce such occurrences, but HRAS, unions and other welfare organisations continue to receive cases from desperate individuals invariably with nowhere else to turn and an apparent lack of enforcement and therefore, effective remedy.

While bullying and harassment may be often viewed as being rife in the realm of the front-line workers, the reality is that it spans the entire supply chain. Senior operational management can be equally debilitated in focus and initiative by competing senior management and Board member interests; an issue which is rarely discussed in open forum and is a common theme across all business sectors.